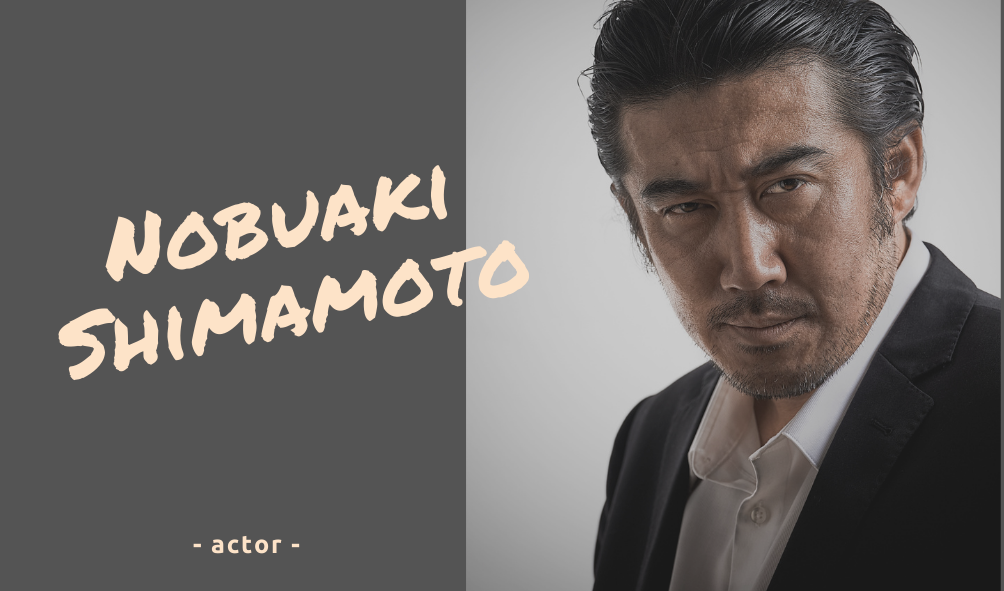 Nobuaki Shimamoto has a passion for understanding different people’s points of view. This led him to pursuing a career in acting and with a variety of unique roles in his portfolio, he is gaining increasing notoriety in the industry. After beginning his career in Australia, he has now moved to LA to chase his dreams of becoming successful. He speaks about what drives him to do this, why honesty is the best policy, and why you should never give up your dream.

Hi Nobuaki, what attracted you to beginning a career as an actor?

I have always being curious about other people’s point of views. Always wondering why they are happy, why they are angry, why they are sad, why, why, why, why, why every day. As I was growing up, I started understanding that for other people’s point of views, at least I could use my imagination to create the story about why. But I was never be able to see or experience actual other point of views of course. Then I moved to Australia and stumbled upon acting coincidentally. I soon began working on the very first short film of my life. I was realizing that during my very first take, I was a completely different person. I was looking at things differently, feeling differently, even talking differently. Instantly I realized that I was experiencing another person’s point of view. As soon as I realized it, I knew that this is what I had been looking for and I made up my mind that I wanted to do this for life. I felt like it was my destiny. This is how I started as an actor.

When you decided to become an actor, did your family support you?

I actually left my family when I was 15 years old to look for my own path. I started as a homeless kid then got picked up by a small restaurant and became a cook. Then I became a demolition worker and then ended up running my own company. Then when I felt some kind of achievement in my life, I decided to move to Australia. But I was only looking for a new challenge in a new country. I didn’t even think about becoming an actor when I moved there. It took me so long to get to the level where I could say to myself confidently that I am an actor. So, I don’t really remember when I told my family that I became an actor. I am pretty sure it was about 10 years after I decided to become an actor. Now, all my family knows what I am doing and they are always cheering me up, watching my movies, messaging me sometimes. I hope I made them proud of me at least a little bit. Haha.

How do you manage your personal and professional life?

I moved to The United States about 2 years ago and I have been trying hard to establish myself here. So, I still don’t have much time for a personal life here yet. I have always been doing something for my work. Haha. But sometimes, my friends take me to the beach or somewhere that I can refresh myself. I really appreciate the people I met here in the U.S., they all take care of me well mentally and physically. I don’t feel alone because my friends are there for me. But I know what I am here for. So, I would like to concentrate on my professional life until I get to the next level. Then maybe one day, I would like to go on a little holiday or something.

Of all the roles you have played in the past, which is your favorite?

There are so many characters I would say they are all my favorites. But if I had to choose one of them, that would be “Hiroshi” from Abandoned. Abandoned was produced by a small film production company in Sydney, Australia and the production started as a short film project. Then it became a feature film project and then it became a web series. I was involved with this project since the very beginning and I have been working on it for almost 5 years. We went through so many things together. So, this “Hiroshi” character is really attached to me. Abandoned is available on Ozflix or Modshow.TV

I would also like to mention one character I played for the feature film called “Superhot” which was produced by the production company Newzealand Son Films. We just finished filming in North Carolina this month. My character is called “Van Helsing”. I think everybody knows he is a well-known vampire hunter. But in this movie, he is little different from all the other Van Helsing movies. The reason why I choose this character as one of my favorites is because one of my greatest challenges with moving to the U.S as a Japanese actor is playing a character which is not really related to Japan or Japanese culture. This is one of my challenges or goals, to become an actor who came from somewhere nobody knows. So, this “Van Helsing” character is really matched with my challenge. Of course I am Japanese so, somehow he is related to Japan. But it doesn’t effect the story line so I think he will be my favorite character for the future. Superhot will be released on Amazon Prime video worldwide in April 2021.

What about your recent role in your “Action Reel”? What was most challenging for you when performing this role?

This character is called “The Administrator”. He is appearing in the feature film called “Beckman” which is produced by Pure Flix Entertainment and distributed by Universal Pictures. This character has a really interesting back story. He is just a regular business man trying not to stick out from the crowd. He is like an invisible man at work. But during a lunch break, he goes out somewhere and does his side business. He is a scary guy but nobody knows. So, he is not a typical bad guy. He still has to look like a normal business guy but with a scary attitude. So, it was very interesting to play the character keeping the balance between being a scary guy and an everyday guy in me.

Do you think honesty is always the best policy?

Yes, honesty is one of the biggest policies for me. I always try to be honest with what I do. After I left my family, I was looking for a job so that I could survive but I couldn’t find any job because I was underage. I could have written a lie on my resume that I was 16 years old but I didn’t want to lie for what I do. I decided to live my own path and starting with a lie… that just didn’t make me feel right. So, I kept being honest and kept applying for jobs. But obviously I couldn’t get any. I couldn’t eat properly for a while. I was actually starving and my weight went down under 106 lbs. I was like skin and bone. I kept trying and then finally I got picked up by a small restaurant where the owner gave me a job in the kitchen and even a place to sleep. It was hard. But eventually I could reach success in the best way possible because I kept trying to be honest with what I do. I haven’t changed a bit since then. I still believe that honesty is one of the biggest policies for me.

Would you like to say something to people who have supported your acting career in the past?

I am looking back at my acting path and it’s making me realize that in every step of my career, there were always people helping me, supporting me, encouraging me, teaching me and believing in me as an actor. I am standing here in the U.S today. But these histories remind me that what I am doing here is not only for me. I am carrying everybody’s hopes too. It is also making me make up my mind that this is my responsibility-to become a successful actor. My hope is to at least make it as a successful actor so I can put a big smile on the faces of those who stood behind me and supported me.

I have not achieved anything major yet so I am not sure if I am the right person to give young people advice. But as a middle aged man, I may be able to give some advice to young people. I would like everybody to find a dream. There are so many choices for what you want to do nowadays so it may be difficult to choose. But please keep trying to find one. Then you will eventually find what you really want to do. Once you find what you really want to do, keep trying and if you keep believing in yourself, your dream will become the goal you want to achieve. It may be hard, it may be difficult, there will be so many problems and troubles ahead of you but if you keep trying, you will get somewhere and you can feel the achievement. I am still only half way through but I wish you all the best with your future.

Lastly, I would like to write my life motto here.
Even if you look down or look back or go sideways, tomorrow will always be coming from your front no matter what. So, let’s look at it straight ahead and keep walking forward.

Published in Celebrity Style and Interviews