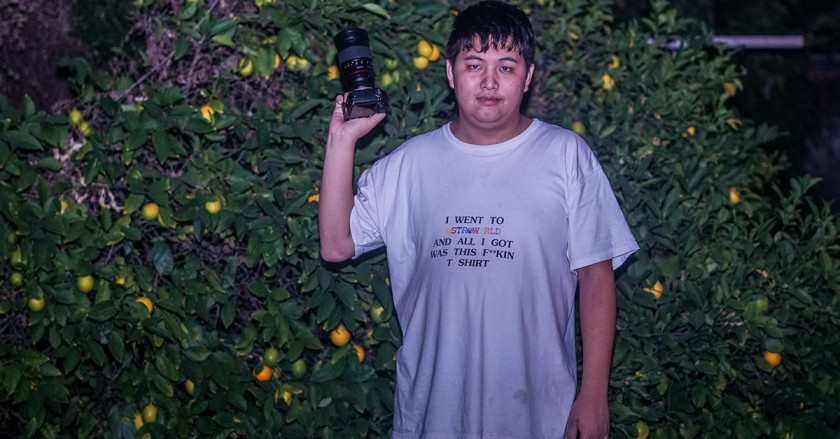 Jonathan Matsumoto, known online as Jonny Mats, is the founder of Jonny Mats Photography, where snapping amazing pictures is just one portion of the comprehensive public relations (PR) work he performs on behalf of his up-and-coming celebrity clients. Jonny has a keen eye for spotting trends before they go viral, and he leverages his expertise in the PR world to take his clients to the next stage of their career.

Jonny was nice enough to take some time out from his work to answer our questions.

How did your journey into media and public relations begin?

I was in college, this was a year ago actually, and I remember buying my first camera on Black Friday as a hobby. Like a week later, I remember my friend Mikael took me to this fashion show and they gave me a Media Pass. It wasn’t a huge event, but in retrospect, it was pretty big at the time. Because that was the moment I realized “hey, I can do this.” And from there, I remember hitting up a bunch of promoters just asking for any opportunity to shoot. I found this one spot, this hole-in-the-wall weed shop where a lot of big names came by. Blueface came through there, AzChike, Chxpo, Rucci, all the local guys.  It got shut down. But it was basically just being relentless with the emails after that, making sure to hit up bigger and bigger people until the opportunities came in. And as I became more networked, people began giving me opportunities to move into other things.

Is there an area of your work that you are particularly passionate about?

It all comes down to the culture because if you’re in this for the money, it’s not going to be a pleasant experience. Promoters aren’t always the best at holding up their end of the bargain. Artists and influencers tend to be even worse. But being at the epicentre of hip-Hop culture in Los Angeles, being around all these guys like NLE Choppa, Polo G, Saweetie who all blew up this year, it’s really something. Hip-hop is really going to blow up next year. It already has, honestly. But these are people who are really getting an opportunity that they wouldn’t have had previously. It’s not the traditional power structure when kids are blowing up on the Internet everyday. It’s no longer in the hands of a few power players at the label, since social media has democratized the music industry. It creates this type of reactionary situation where the labels are now reacting to what’s happening on the streets, as opposed to the other way around.

What is the biggest challenge you have faced in your career?

My first time moving outside of photography, I had this really bad business partner. We were co-managing this girl, Inas X, and she was this girl who basically had a Billboard hit 4 years ago but hadn’t really accomplished anything since then. And a lot of times with talent, if you’re not keeping current, people forget who you are pretty quickly. But they were both delusional about that, he was basically running up a tab we couldn’t afford and assuming we’d pay it off when the big record deal came. And there was an offer on the table actually, can’t legally get into the specifics but it was in the 6 figures. He turned it down, thinking she was worth way more. Obviously, at this point we weren’t generating any revenue, especially since other clients were getting neglected, so I realized that since there weren’t realistic expectations and, further, they weren’t treating me very well, I left. I haven’t been able to recoup any of the expenses in the process, he’s been making threats. Honestly, the most unprofessional part is if you go back to the beginning, there wasn’t any contracts signed, and I can honestly speak about this pretty freely since they’ve failed to meet any of the conditions of the release. There’s definitely the possibility of legal action in the near future.

What would you consider to be the difference between a professional photographer and a hobbyist?

Professionals definitely are more comfortable operating in an environment and understand the etiquette that goes with it. Especially with celebrities and influencers.  A lot of people will freak out, ask for autographs, etc. which honestly throws a lot of celebrities aback. They’re just normal people at the end of the day and while it’s cool if one person does it, it gets pretty tiring. It’s pretty known amongst people who are around them how that goes. So, you can tell when someone’s been around these people a lot versus this is their first time shooting in that kind of environment by how they act. Not to say I personally look down on them. I’ve been there myself. Well, never asking for an autograph or anything that cringey. But I understand where it comes from and it’s something that no one will tell you, but you just have to know.

I’ve been working a lot with this one social media influencer Big Nik, and it’s more on the business side of things, using my experience of being around all these other rappers to help make that transition possible. There’s been a lot of positive feedback so far and it’ll be exciting since there’ll be opportunities to tour and so on pretty soon, which is of course exciting. I’ve been working a lot on his brand management/outreach marketing plan, merch store, etc. developing all of that from the ground up. And I’m learning a lot in the process, since this is my first time doing a lot of this. But these are skills that are very applicable outside of this one particular client, so I’m going to branch out to other influencers soon. Finding the clients is really not the issue, there’s a lot of people on social media with several hundred thousand or more followers who aren’t making money on their brand even though they totally could be. But it’s a lot of work, especially on a retainer basis, so I want to make sure I can handle everything first.

There’s a lot of talk about TikTok being the “future of social media”; do you agree with this?

Definitely. It’s already the third biggest platform out there, you can read all about how it passed Twitter and Reddit in monthly users, and those are definitely two power players in the field of social media. It’s growing in monthly users every day and I see a lot of people who I wouldn’t expect to be on TikTok reposting TikToks on their Instagram stories. Which shows you that TikTok culture is influencing Instagram, not the other way around. This reminds me a lot of the success of Vine, which had a similar platform that was doing huge before Twitter bought it to shut it down. But anyways, the short-form has been explored a lot by Instagram Stories and Snapchat. It’s in, and this platform is making it permanent, transparent. They’re pushing stories like Instagram should be, but Instagram is focused on posts. And while I expect Instagram to change their approach in 2020, it’s going to be too little, too late. Not really. There’s enough room for two power players, but that’s what’ll happen.

What do you wish the public understood about your field of work?

You really don’t need $5000 in equipment to do it. I’m not going to go out there and say that you’ll get the same results on your iPhone, but honestly you can get pretty close. And there are a lot of cool apps for filters that professional photographers like to complain about, but really, that’s because they’re giving you the pastel lutes and effects that professionals spend hours building up by hand. It’s not the exact same, but for ordinary people that one-size-fits-all filter is good enough for them. A lot of people just see a big lens and assume that makes a better photographer. Far from it honestly. There are these small ones, like the 50mm prime lens, that have crazy aperture and they can get those perfectly blurred backgrounds way better than a 2 foot long lens that costs ten times as much.