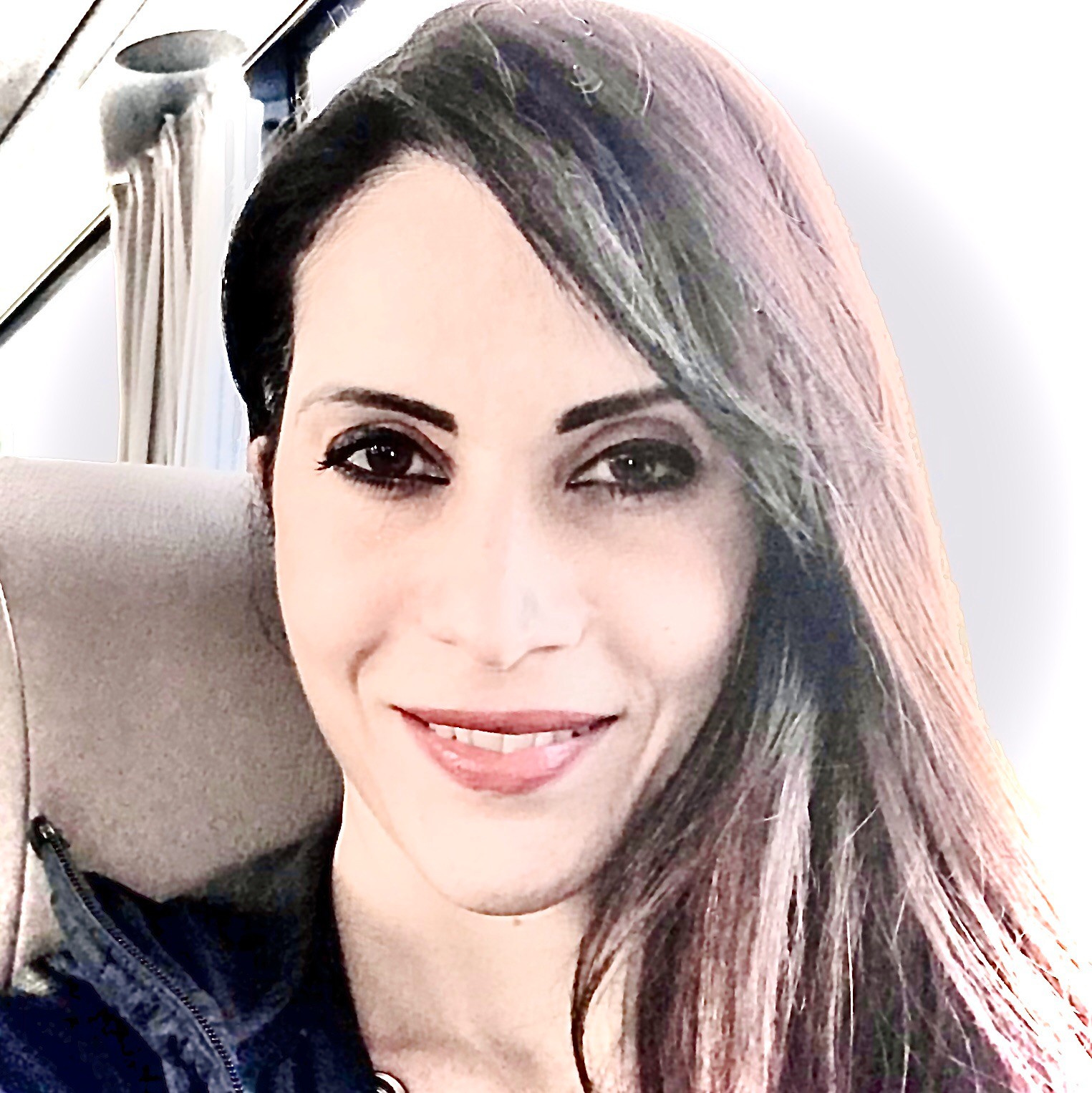 Dr Vassilia Orfanou is a highly-regarded author running the  Luxembourg’s Diplomatic & Communications Institute – LUDCI.eu. Dr Orfanou recently published her new book, which discusses the crucial role the media plays in reporting the early signs of humanitarian crises all over the world.

Her central hypothesis is simple – mass media companies have the capability to convey critical information and influence public opinion regarding emergencies. Her research consists of analysis from both primary and secondary sources, thereby ensuring her work reflects the current literature.

Dr Orfanou answered a few questions we had about her new book and her current career.

Following many years of research on the media’s effect; a published book on the same subject and many years in the consulting business serving a number of companies, it was rather clear that if I wanted a change in a certain direction, it would be necessary to become the main driving force for that change.

By establishing LUDCI.eu, my interest was to create a media diplomatic service that would use 360 marketing communications and media to raise awareness, engage public perception and drive eDiplomacy to support early warning and a timely reaction on issues of our time.

What is your role in this organization?

I am the CEO and Founder of LUDCI.eu.

What was your primary motivation in writing your first book?

While working on my PhD thesis at the time, back in 2011, my mentor, Dr. Macha Levinson, former Director for Russia and Central Europe at the World Economic Forum and Dr. Ivan Ureta, University of Applied Sciences and Arts, Southern Switzerland urged me to continue writing till the point they could hear it loud and clear.

They basically pushed me to voice my opinion to the point of shaking the World.

Obviously, when you hear something like that, it is rather difficult to comprehend what it actually means, but was definitely registered till it was the right time to bring it up.

Today, I know that my book simply paved the way to establish LUDCI.eu with a higher purpose in mind; completely altering the way media works in serving people; better support early warning; timelier decisions and respective actions, ultimately resulting in saving more lives. Proving and justifying through research and then actual practice the diplomatic effect of media became my vision, with my first book becoming my mission and later on paving the way to establish my Institute in Luxembourg to use our media and communication services to fight against child-trafficking, the second most heinous crime of our times after drug-trafficking.

Did you have any experience in media or journalism before you started writing?

I have been an introverted writer since I have known myself. Many years have passed till I could characterise myself as an extroverted writer. If I could out this in one sentence, then I would say that I have always aspired to become a writer, but in a way limited myself in the restricted content and communications work associated with my work to-date.

That said, for the past 19 years, I have had the chance to cooperate with many companies to lead their traditional and digital content, communications and public relations, with a series of wonderful experiences and successes, with my authorship career only launched back in 2017.

How long did your entire research and writing process take? Were there any significant challenges along the way?

My research started back in 2006 when I was still working on my Masters. At that time, I would not say that I had crystallised the exact direction of the specific research. My first defense thesis was on peacekeeping operations from a legal standpoint.

By the time of finishing my Masters in 2009, I had a pretty clear idea that my research should focus on successful and failed peacekeeping operations and how the media had covered such aspects.

By 2011, I had already accumulated a wealth of research on that angle, with November 2014 being rather pivotal in defending my thesis on media’s effect in the timelier deployment of peacekeeping operations, which was later  published to a book in 2017. Since 2016, and given the data revealed on child-trafficking, I decided to embark on my post-docthesis, a spin-off of my previous  thesis, specifically targeting  the media’s publicity effect on child-trafficking. This thesis inspired and formed the basis to establish LUDCI.eu to drive and prove my hypothesis in practice, but for the longer-term.

As in everyone’s life, I have not really walked on rose petals, and there have been some challenges on the way. For sure optimism dies last. Your past is not a reflection of your now and your now says nothing  about your future.

No matter what, you keep going. There is no point in stopping or stalling. Challenges are meant to be overcome and possibly even re-direct your path to what you were always meant to serve.

Having by my side, a wonderful family and friends, and blessed with a 6th sense intuition, I remained laser-focused, disciplined, hard-working and moving ahead regardless any obstacles found my way.

What was the most surprising thing you discovered while researching for your book?

It was basically my clearer understanding and acknowledgment that during international crises, child-trafficking is on the rise, presenting a  grave crime requiring our attention; with no particular  involvement of many higher authorities; no investment on proactive early warning; a lack of regulation to protect these children; missing data of children during refugee flows, and most of all, children that go missing every day, every month, every year, currently at 1.2 million children being trafficked each year.

While going through stats from one country to the next, I lost my sleep, then begun speaking with a number of NGOs, law enforcement and EU officials on the subject. They confirmed most information compiled by that time and even provided a few more sources to look at.

After 2 years of research on the subject, I knew exactly which the predators were and how the International community could go about working together to alert about and protect these kids by revealing child-trafficking practices. 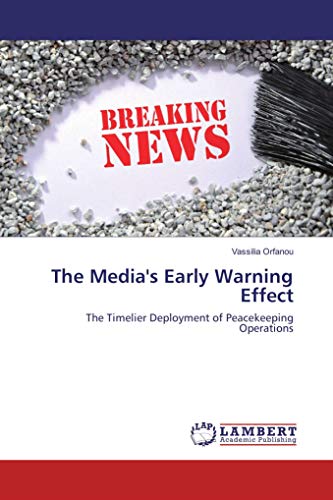 In your opinion, what does the media need to do differently to improve their responses to humanitarian crises?

They would need to practice investigative journalism as a first step. As a second, they would need to dig much deeper when they are actually covering such issues and validate any assumptions with clear facts and figures. Thirdly, having a heart is a prerequisite of driving any form of change in any such type of crisis. Writing can never just be futile or vain. A purpose, an objective, a vision are all very much needed to write in a way that can prevent something from happening and not necessarily reactively covering, assuming that such coverage could bring any impact or change.

How has the role of the media changed over the last few years, and do you think further, more significant changes will occur in the future?

First off, we have observed that a number of TV and radio stations, magazines and newspapers have closed down. People no longer follow or buy news, which already shows that the News market has lost a very big share that will never return. Advertising that was predominantly used to support  production costs and truly dominated the market 20 years ago, has clearly and completely lost its value.

In parallel, big corporations such as Google, Facebook, Amazon are equally dominating the market with the actual news market losing daily. Alongside the rise of social media, traditional media have lost their power; the younger populations no longer watch TV; listen to the radio or buy magazines – all resulting in the shrinking of the same market. As such, a change of direction is indeed needed.

Thank you Dr Orfanou for your time!
You can follow up with Dr Vassilia Orfanou at LinkedIn
You can get “The Media’s Early Warning Effect: The Timelier Deployment of Peacekeeping Operations” here