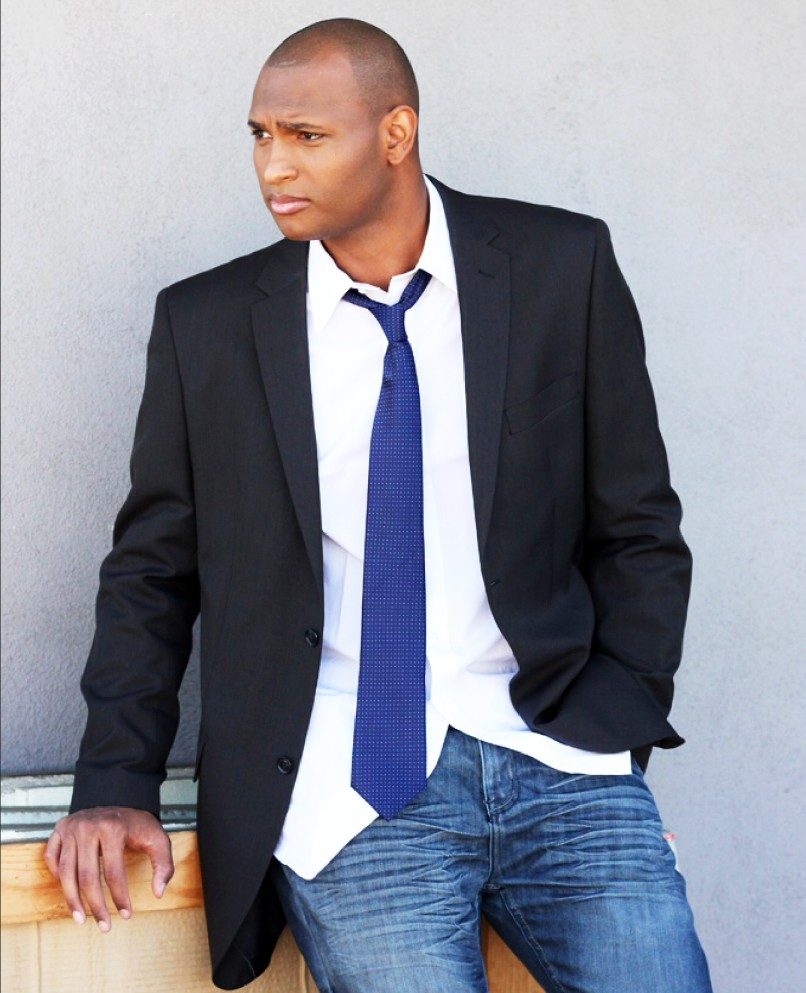 Callaway Jones is the founder of Glowstick Bay Studios, a full service production company in Los Angeles, California that has an impressive track record of small budget feature films, short films, music videos, commercials, and social media projects to their name. Callaway Jones has been building his company over the course of the past two decades, but what allowed him to stay afloat as a company during the pandemic, had far more to do with his business philosophy than his business.

The Covid-19 Pandemic has been mishandled in America and the effects have been devastating. Systemically dismantling small businesses all over the country, people have had to close the doors on their life works without finding a lifeline to pull through during the darkest months our country has faced in over a decade.

Callaway Jones answered a few questions about his business and the shocking secret behind being able to stay afloat.

Hi Callaway, what made you decide to start Glowstick Bay Studios?

Quite frankly, being in control was the driving factor in starting up GBS. I had learned through my teenage years while helping to launch the tv station for my high school, and again in university while developing the film and production department on campus that the only way to get things done exactly the way you envision them, is by doing them yourself, “which isn’t to say by yourself, but rather, being present at the ground floor”.

And then there’s my Life table Theory…

Yes. Because you have to remember, I’m an actor and a music artist above all else, two extremely fickle and dangerously difficult industries to find success in let alone stability.

Which fits into Glowstick Bay Studios how?

Well, think about it. I moved to Los Angeles before the iPhone was a thing. Back then in 2005, we were still using the Thomas Guide to find our way around the city! Things were much more…you had to be a lot tougher than you need to be today to find success. Thick skin and a never ending drive to be the absolute best you can was the only recipe. Artists who got their starts in the early to mid 90’s are just a different breed.

So the second Steve Jobs walked out on that stage in his black turtleneck and introduced the iPhone, I knew everything was about to change. That man just figured out how to put a movie theater in your pocket. I knew that Old Hollywood’s monopoly on the public’s eyeballs was coming to an end, and I intended on being their when they started to bleed.

By starting my own production company, I was able to guarantee that I had work. There would always be a project that needed my skillsets and I would be able to parlay that into supporting my other focuses. Everything I do is in support of everything else I do…the Life Table.

Can you illustrate the Life Table?

Of course. Think of it like this…it’s my own personal bend on the idea of having multiple streams of income. If you have a glass table right, let’s call that table your life. And it’s held up by one leg in the middle, what happens if that leg is broken? What happens to your table?

It falls and it breaks…

It falls and it breaks. Your whole life just falls apart if anything is to happen to your work. Your job. Your means of income. So the only logical thing to do is have more legs underneath your table. I personally prefer to have 5: I’m a stock investor, an actor, a music artist, a life coach, and I own GBS. All of these things generate income for me, four of these things generate residual income for me, meaning four of these things are making me money right now, while we sit here talking. So if any one of those legs breaks for one reason or another, my life is still fine. The Life Table.

So your business survived Covid-19 because you didn’t need to generate income? 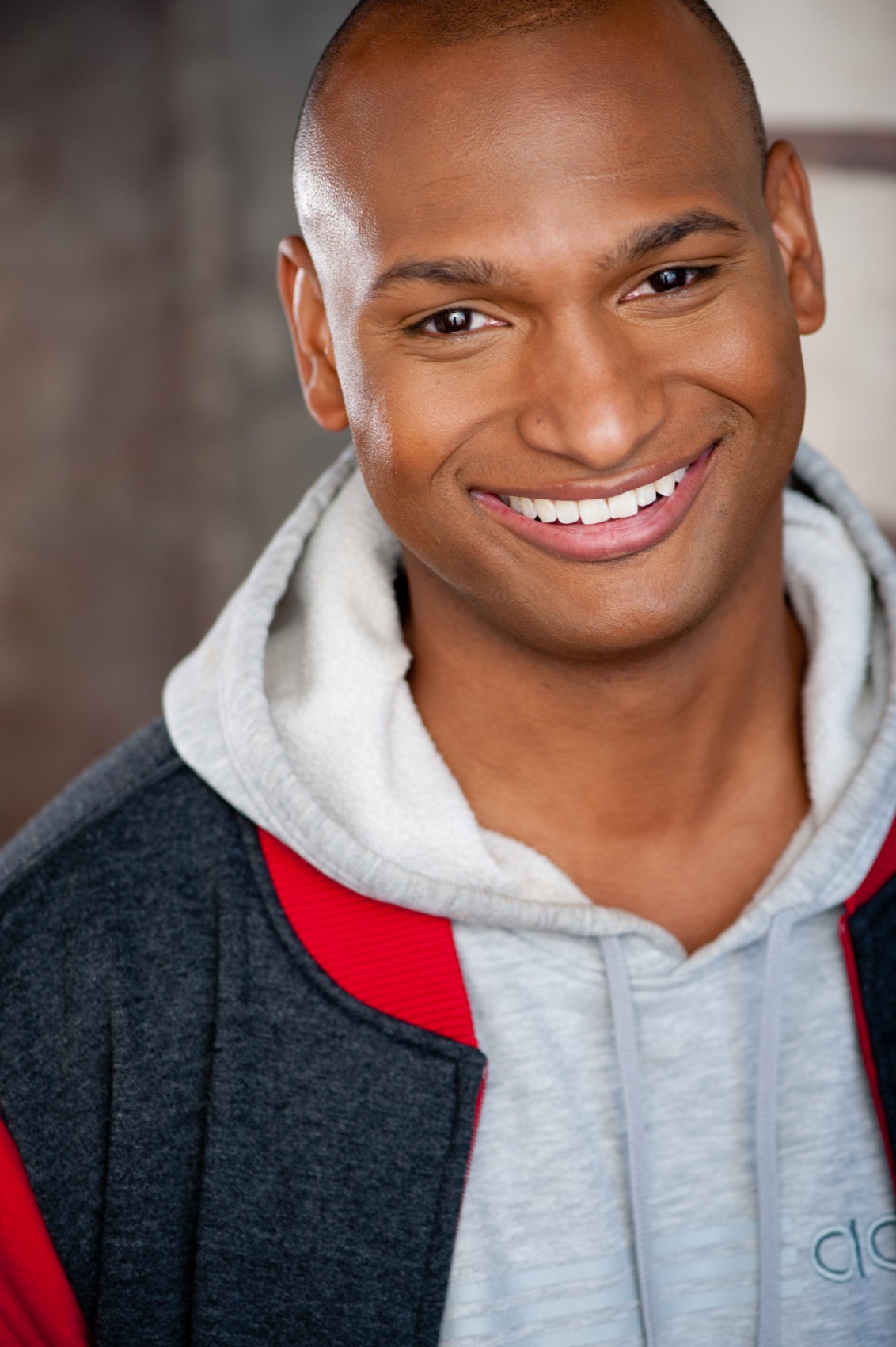 So how much money do you think people should put aside to float their business? And how do you suggest the average American get their hands on that kind of money?

It sounds nuts, I know. But it’s really not. In fact, my primary financial leg under my life table is my stock portfolio. There is zero reason, and I mean zero…reason, that anybody shouldn’t own stock. When Apple eats, I eat. When Tesla eats, I eat. When Disney eats, guess what? I eat.

People always say the rich get richer and the poor stay poor. Well, yeah. Of course they do…because the rich barely have any liquid assets on hand. Their money isn’t even money. It’s value. They own real estate, which usually pays them monthly. They own stock, which tends to pay them daily.

You know, I read somewhere that during the Covid-19 pandemic, billionaires made $637 billion more dollars. And people complained. I didn’t complain. You know why? Because I made that money right along with them. We all should’ve. But the average person has been confined to this mindset that they should spend their money on goods all the time.

I hate spending all of my money. I love spending a third of it though. 33% of every dollar I get goes to investments. 33% goes to charity and philanthropy. And the other 33%, well that’s liquid. That goes to me.

So the idea here is…look around your house, what do you buy a lot of? Whatever it is, stop buying it and start making it buy itself for you. I have a lot of Apple products. The vast majority of electronics in my house are Apple. So, I own a lot of Apple stock. I am borderline overly in love with Disney. They are a huge part of my life, and have been since childhood. Naturally, I am a shareholder in Disney. Why would I not own the companies that I support and let them support me back?

So one thing you can do to prepare for this for the next time, because there will be a next time…it seems to happen on the decade every decade, you’ll be ready for it if you invest. I don’t care if it’s $100/month or $1,000/month…become addicted to investing back into yourself by making your money work for you even when you’re not. $100/month is $1,200/year, which is $12,000/decade, which including compounding year over year will come out to around just under $20,000. And $1,000/month is $12,000/year and $120,000/decade which, including compounding, is going to end up just under $200,000. So if you start today, by the time the next pandemic roles around you will literally be sitting on just under a quarter of a million dollars to float you by while you figure out what to do next. What I’m saying is, if you’re 20 today, I just gave you a pathway to being a millionaire by the time you’re 45. And if you’re 45, start today and retire a millionaire at 70. We can all have this life…they’ve just convinced us otherwise. I want this for every American. To think this way, and to invest in themselves this way.

Do you have any advice for people looking for other forms of income besides investing?

I really don’t. Because if you can’t see the importance in investing, if you can’t understand that ownership is the secret great divide between the haves and the have-nots, then there is no advice that I can give that you would even understand, since that base knowledge is the binding principal in all of my business decisions.

You know what? I take that back. There is one piece of advice I can give. One thing that you can change to better your position. Change your mind. Because once you grasp the concept that you are worth way more than you have likely allowed yourself to believe, you will start to demand better of yourself. And that’s when life gets really interesting.