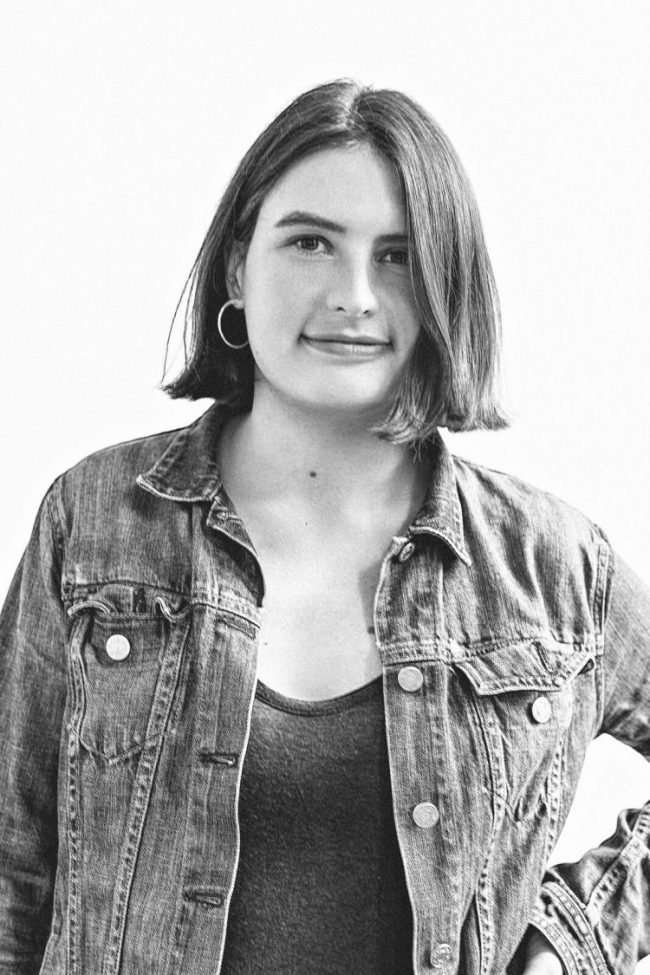 Anastasia Chernikova, Editor-in-Chief at The Vivid Minds: “I want to build a community of conscious and supportive people”

We have recently talked with the founder of a community-driven media project, Vivid Minds, to learn why she came up with the idea of this venture and what drives her to spend her savings on collecting and spreading people’s stories.

Anastasia, when did you start Vivid Minds and what was the motivation behind it?

I came to New York from Moscow in 2016, two weeks before Trump won the election. I loved New York and wanted to stay there but I had no plans or ideas about it — I actually posted my story on Vivid Minds. I felt so determined to live here; all the challenges seemed exciting. By that time, I had a successful career as a business journalist in Russia. I used to interview entrepreneurs, mostly tech people, and they or their PR teams used to approach me for help with press releases and content. Obviously, as a journalist I never did that because that would have been a conflict of interest.

After I left the outlets and was entirely on my own looking for my new life and my new adventure, I took on a new opportunity from a friend to help organize a large business conference in San Francisco. I was responsible for bringing in journalists and media partners. It was a success, so I was hired for another conference, then I got a few PR gigs. I started working with a few great companies and that made me realize that I could  actually bring a lot of value when being on the business side. Instead of trying to bring out negativity, which is mostly what journalists do, on the contrary, I was focused on the most positive aspects of a brand. That was all good, but I still was craving stories. I’ve met so many interesting people in New York who shifted and shaped my perspective, and I wanted to write about them. As a journalist, I used to notice that people are mostly interested in stories of sufferings and how people overcome challenges. Those quotes and anecdotes were the most exciting for me as well. And you can look at Humans of New York, which shares stories about human struggles. So I believe people need such examples to make their lives better at that specific moment. I love to hear such stories, that’s why I started Vivid Minds.

Did your heritage or immigrant status form a big part of this desire?

I don’t see it that much, but I’m definitely interested in multicultural stories, as well as multifaceted stories. Immigration is a big step and a challenge; you have to fight your fears and accept a new lifestyle, change your environment and make new friends. I would say immigrants are interesting people just because they have made it to one of the most expensive and difficult cities in the world, so they already have a story to tell. But there are Americans who change cities and continents, embrace various backgrounds, and I admire them, too. Most of the people I’m interested in have either switched or put together a few identities. For example, Geoffrey Hinton, an English Canadian cognitive psychologist and computer scientist, is most noted for his work on artificial neural networks. He got his first degree in experimental psychology and then did his PhD in artificial intelligence. I find multidisciplinary people fascinating.

How many people (approximately) have connected with Vivid Minds?

We just started two months ago and since it’s a labor of love for me and I put my savings into it, we don’t post much content yet and are moving slowly. My friend Irina, who just graduated from the Media Management in the New School, helps me a lot and I work with the editor of The New Yorker. He proofreads our final copies, which is really cool. So, due to limited resources, we only publish one piece a week. For you to understand, it sometimes may take ten hours or so to finish a story. For example, recently we had a story about Nia Gvatua, the founder of the only gay bar in Georgia. She is very unique and has been featured in Vogue because of her style, by the way. So my friend interviewed her in Georgian, translated it into Russian, sent to me in Russian, I translated it into English and sent it to my American proofreader. And on every one of those levels you have some wordy fights about the best way to convey the thoughts. Now, in these times of the coronavirus, I find it so important to provide more content not just about disease and our quarantine, but about small businesses and people behind them who truly love what they do. So, back to your question – right now we have about 1,500 visitors. Some of them have subscribed to the newsletter and become regulars. The platform is about engagement – everyone who reads can be a connection  – and visitors can ask me any questions or nominate someone they want to see featured. In this respect, 1,500 is a good number, since they are all people I know somehow. Of course, there is a long way to go.

In your opinion, what are the main reasons why people connect or join Vivid Minds?

I hope we have interesting characters, but I don’t think one person would read all the pieces. We interview artists and entrepreneurs, investors and writers, and the idea is to come to the website, search by the tag with the country or challenge – let’s say – immigration or depression or female founders – and check out those pieces you are most interested in. I just hope they will encourage someone to do more, to believe in themselves or simply ease their pain. I don’t know where else to read about founders and their challenges and get inspired by creatives, so I truly believe in this idea.

What type of stories/creations do you publish in your weekly newsletters?

The weekly newsletter covers the same story as we publish on the website. The idea was to have it as the main channel for content distribution – because it’s easier to think that if you have a person’s email and they have committed to read your content, you can usually rely on them and build community. But now I’m exploring various channels – Pinterest is really good and I keep thinking about doing something around TikTok.

What are some of the most inspirational stories you have come across in your time running Vivid Minds?

Every story is so different, I can’t pick just one, or even two or three. We have written about the founder of the only gay bar in Tbilisi, Georgia, a country in the former USSR. She is bold and is running the bar despite all the confrontations with right-wing oriented people. We have a story from a Chinese tech manager who just suffered a month and a half lockdown at his small place in Shenzhen. This is just very relevant, so I like it. I interviewed my friend who is running a vintage business in rare photography using techniques from the 1920s, which is unique. We have a story of an Italian lady who makes the best lasagna in New York (as told by Anthony Bourdain) and is really hard on Americans because they want to come and eat their dinner in 30 minutes and not savor it for three hours as Italians do. She really kicks people out if they try to rush  her or personnel,  which I find kind of cute, but not all Americans do (as told by Google reviews).

What plans/hopes do you have for Vivid Minds in the future?

I hope to keep doing more and more stories and videos in the future. WIth limited resources we do what we can, but I see a very positive response from readers, and I love doing it, so I will keep it going. Maybe I’ll go for funding in a few months when we get more visitors and more stories on the website. I’m definitely planning to bring people together physically for panel discussions or simply homey discussions over dinners. I want Vivid Minds to become a real community of conscious, interesting and supportive people who enjoy doing something new and maybe go beyond their limits.

How can users nominate a person for the weekly newsletter and how does the process work?

It’s pretty straightforward – you just go to the website and see the nomination form. There you put the name of the person, their contact information and the reason we should write about them. You can nominate someone you know, or yourself, then you leave your own contact information.  We are looking for an interesting and unique challenge that a person has overcome. By the way, you can also find me at ac@thevividminds.com in case you would like to connect with anyone featured on the website. Maybe you are going through something similar right now and need their advice, or maybe you found a relevant investor for your company,  you can drop me a line and I will transfer it to the person.