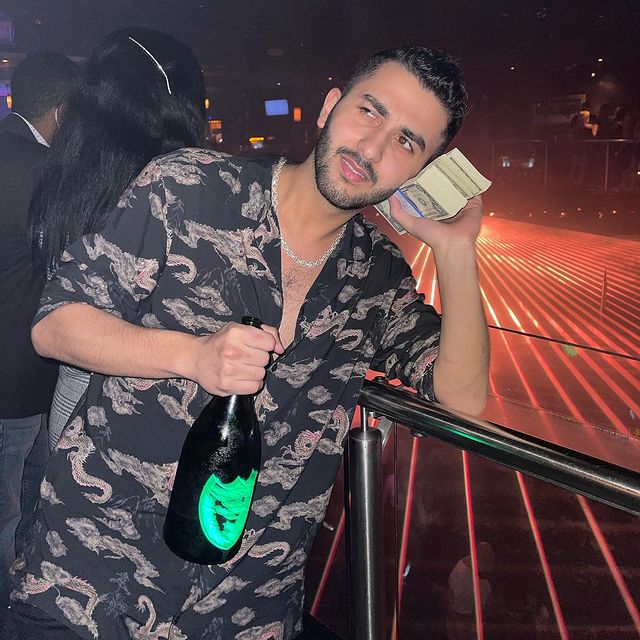 The unwavering truth behind success is hard work. The story of a rising star in the music industry, Yazan Alsharif has proved it. His relentless effort to pursue his passion in the face of all odds is what makes him a role model for aspiring talents. Hailing from a humble background, Yazan’s road to success was not a cakewalk. After years of struggling to chase his dreams, the young artist finally tasted success when one of his compositions became viral on social media.

Born and brought up in the countryside of Virginia, Yazan had a normal childhood. What made him unique from other kids of his age was his incessant passion for music. While other children loved sports and were focused on playing, Yazan spent hours listening to traditional genres of music. He loved to play the classics of the golden eras of years ago. Yazan wanted to absorb the essence of each track he loved, and from beats to rhythms, everything intrigued him.

At 13, Yazan composed his first track all by himself. He was excited to have achieved this feat so early in his life. As social media was still in its infancy, his success was limited to his family and friends. Although this brilliant accomplishment did not earn him appreciation from audiences, young Yazan was confident about what he was going to do for the rest of his life.

Academics never interested Yazan as he often found himself lost in rhythms, notes, and beats. Yazan dropped out of college to focus entirely on his career. He started his YouTube channel “Yaz Sounds” when he was 20. Yazan used to recreate classics of old eras into his own composition and upload them on his channel. This entire setup of recording required some investment which Yazan managed by working odd jobs. He was a bagger at a grocery store for a year earning only $5 per hour. Yazan also delivered pizza to support his dreams of becoming a music artist. He used to work 16 to 20 hours a day. In the morning he would work to earn and in the evening he devoted his time to perfecting his music.

Yazan’s efforts paid off when one of his recreations of the famous track “When Doves Cry” became viral on social media. It skyrocketed his subscriber base to over a million in less than a month. Music enthusiasts from all over the world started listening to his music on different social media accounts like Facebook and Instagram. This newfound success did not come without challenges. A section of audiences on social media criticized Yazan for recreating popular tracks. He was labeled fake talent and people demeaned his effort calling it a shortcut to success.

Initially, these trolls and criticisms were mentally disturbing for the young artist who had just stepped into the highly competitive space. With time, Yazan learned to take all these criticisms as lessons to hone his craft. He started working hard to present something new and unique to his audiences. Since then, Yazan has released 4 original singles and each of them replicated his first success and even surpassed it.

Yazan’s forte lies in mixing traditional genres with undertones of contemporary music. This is something that only a handful of talents in the industry have managed to pull off gracefully. Yazan wants his music to inspire others to chase their dreams. He feels his story can motivate people to be fearless about pursuing their dreams and that’s why his lyrics always reflect his journey to success.