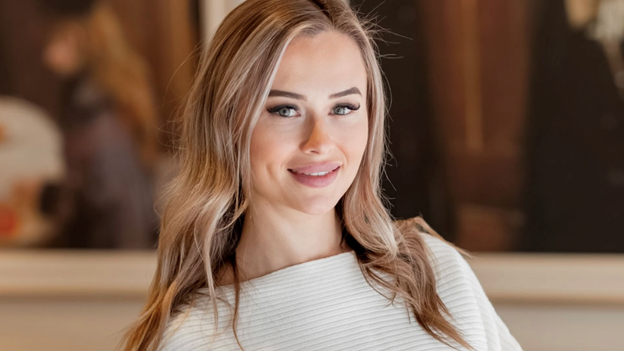 Women’s fashion brand WMNPWR X Torry Hermann Collection, is pledging a percentage of every sale, up to $1 million dollars, to help fund relief efforts for victims of the war in Ukraine.

The founder of WMNPWR X Torry Hermann Collection, Torry Hermann, is answering the call to action from her fans and customers to help relief efforts of people displaced by the war in Ukraine. WMNPWR was founded by Hermann in 2020, and sells scarves, skin care products and confidence courses that empower women around the world. Hermann was inspired to start the company, after her comedy videos gained her nearly three million followers across social media. Now, she is using her platform to raise money and awareness for people being affected by the war.

To learn more about WMNPWR X Torry Hermann Collection, and how you can support, please visit https://torryhermann.com/ for details.

A spokesperson for Torry Hermann noted that Torry Hermann simply could not go another day without doing something to support the people being affected by the war in Ukraine.  Hermann achieved global recognition after several of her comedy videos went viral.  Her most popular videos show the contrast between women in America and Russia, and many of them feature her exaggerating a Russian accent or stereotypes.  Because of this, many of her fans began commenting negatively on her videos, assuming that she supported Russia’s invasion of Ukraine.

“I don’t get involved in politics, but all I can say is that I am against all wars.  My videos are meant to bring happiness and joy to people in the middle of these crazy times” said Hermann.  Before her success online, she worked in Vancouver, Canada selling luxury cars. During the pandemic, she turned to social media to express herself.  Her first video to go viral was a parody noting the difference between how American mothers and Russian mothers scold their children.  The video now has over 20 million views.  Hermann’s audience on social media is unique, because it is more than 87% female.

Because of her ability to reach women, she founded her WMNPWR x Torry Hermann Collection, all products that are carefully curated to help support women in various ways.  Her scarves include artwork that features various prominent female artists and designs. Her skincare line is designed to help women feel their most beautiful.  Her digital courses, which have hundreds of subscribers, teach women how to improve their confidence.  She has always donated products and a portion of profits to organizations that help causes from abused women, children and animals, but now, she is redirecting that to help people in Ukraine.

One thing Hermann wants to emphasize is that she has no plans to stop posting comedy videos.

“If I stop posting comedy videos every time there is something disruptive going on in the world, that actually does more harm than good.  My videos are meant to help people get through hard times.  The traffic from the videos helps me bring awareness to partners and brands who empower women during the hardest of times. If I stop posting comedy videos, it literally takes away support from the people who need it the most, when they need it the most.”

The WMNPWR X Torry Hermann Collection was founded by Torry Hermann in 2020, to help empower women around the world to feel more confident and beautiful.  Her collection of scarves, skin care products, and courses, have helped thousands of women around the world feel more beautiful and confident.  From now until the end of the year, a portion of the profits from every sale will be donated to various charities and organizations that provide support for victims of the war in Ukraine.  For more information, and to show your support, please visit https://torryhermann.com/wmnxpwr-accessories for details.