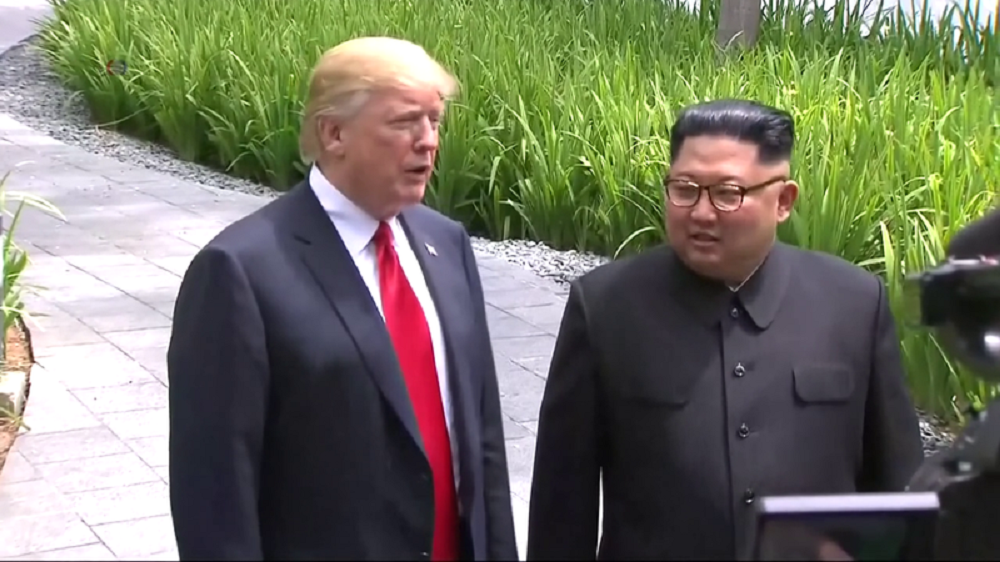 Voters have Said it! The Summit was Successful According to 54% of Them

Finally, what most people have been waiting for is coming out. According to the latest poll by the POLITICO, it is official that fifty-four percent of American agrees that the meeting between Donald Trump and Kim Jong Un was very successful.

However, voters seem to differ on whether the summit favors the United States or not with some feeling it was somewhat successful and others feeling it was very favorable.

In fact, the 15% of those polled felt the summit was very successful between the North Korean leader Kim Jong Un and the United States President Trump. However, thirty-nine of the people that took part in the investigation carried out by the Morning Consult poll feel that the summit was ‘somewhat successful. Further analysis showed that 14% did not think the summit was too successful. Additionally, the summit was not successful at all according to ten percent of the interviewees.

However, one of the contentious issues to many voters is whether the outcome of this meeting will positive for their country at all. It is always expected that when two leaders of the most powerful countries meet, the result will be favorable to their nation. Citizens are still expectant that the deal reached will help to improve their economy and standard of living.

In this case, however, voters are not sure whether the outcome of the summit will be favorable to them or not. Only thirteen percent said that the agreement strongly favors the United States of America, twenty-one percent believe it somehow favored their country. On the other hand, eleven percent say that it strongly favors North Korea, with thirteen percent saying it somewhat favors them. A forty-two percent of the voters said that they did not any opinion concerning the matter or they were not sure.

History was written when Trump became the first sitting United States of America president to have a meeting with the North Korean leader in an attempt to broker a deal on denuclearization with Pyongyang. The president negotiated an agreement that is irreversible, that will ensure regular, complete and verifiable denuclearization of the current North Korean regime in which the latter will have the sanctions imposed on them removed that is threatening to cripple their economy.

There are even a group of critiques that feel the U.S president gave too much away from such as halting joint military exercise with South Korea just because he was given a vague pledge on denuclearization. The given poll was conducted between June 12-14 carried on 1993 interviewees, with a margin of error of plus or minus 2.