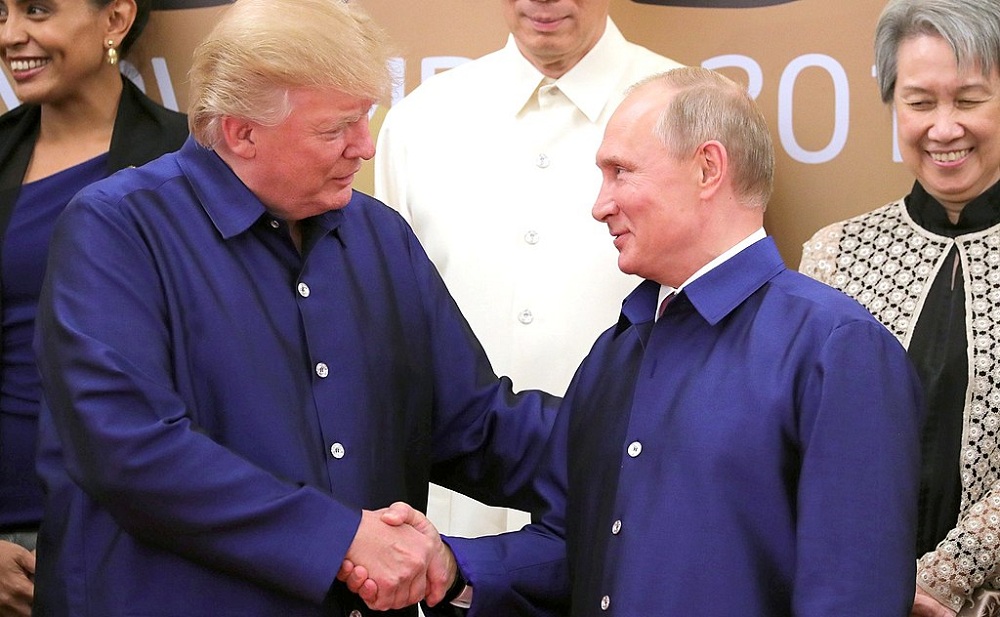 Photo by Kremlin.ru via wikimedia

U.S president, Donald Trump has reversed his words and said that he accepts the findings of the U.S intelligence agencies which concluded that Russia meddled with 2016 general election-although he had a day before contradicted the reports by the same agencies.

The president said he had miss-spoke the words and had intended to say he found no reason why Russia would not meddle with the election. His original comments, after themeeting with Putin in Helsinki, were criticized by many with even some of his close allies such as Newt Gingrich terming it, ‘’the most serious mistake of his presidency’’.

In the latest remarks, the president reversed his stance and added that he had full faith and support in the United States intelligence agencies. Next week, it is expected that Secretary of State, Mike Pompeo will appear before the Congress to answer questions regarding the two-hour Trump-Putin meeting.

As Trump was affirming his support for the U.S intelligence, there was a sudden blackout at the White House conference room leading to questions as to whether the president believed in ominous metaphors.

As soon as the lights were restored, he alleged that he had remained in the dark even as a storm was swirling around his presidency since the summit in Helsinki.

However, that appears to be a weak way to confront the president of a nation that is said to have targeted the heart of democracy of one of the most democratic countries in the world. As such, most of his critics will find it hard to swallow even if he (Trump) meant to say “I don’t see a reason why it wouldn’t be Russia.”

Although the U.S president can issue as many statements as he wishes, there is no way to correct the damage that isdone already. The fact remains that he fumbled before Vladimir Putin in Helsinki. The president in the latest conference also refused to answer the question on whether he would condemn Mr. Putin.

His change of stance has attracted different reactions from various leaders with Chuck Schumer, saying that the president’s retraction of his statement was a sign of weakness. Schumer is the Democrats opposition leader in the Senate.

Russia and America have been for long adversaries, and the two nations differ on major issues. Therefore, both the Democrats and Republicans were upset with the president for siding with Russia instead of his Intelligence agencies and also for not offering any specific criticism to a country that has been their long-term adversary. The president had instead said that the two nations were responsible for the poor relations.