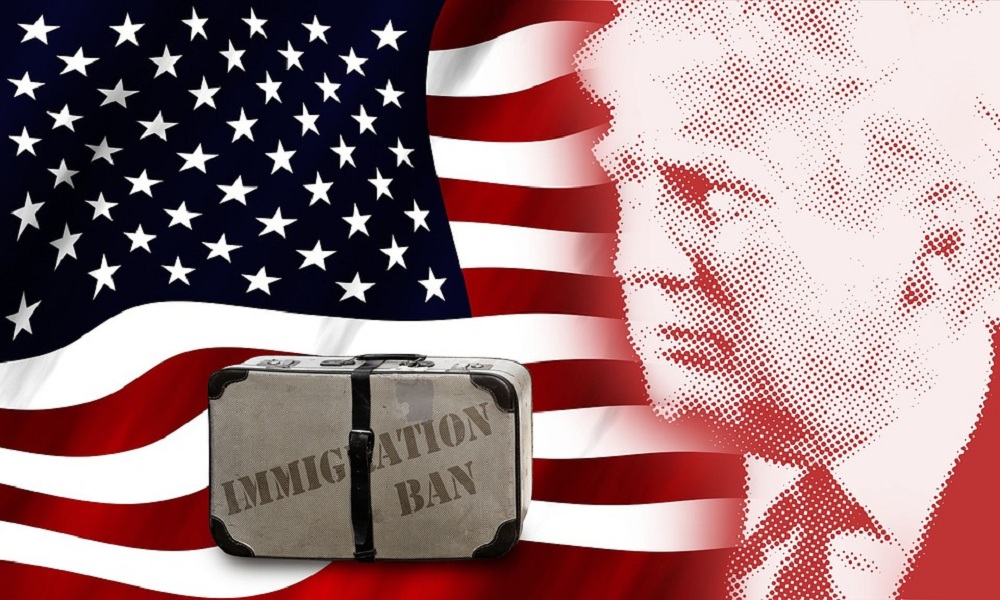 U.S president Donald Trump continued with his insistence that the Democrats are to blame for the growing outcry over the immigration policies of his administration although there has been pressure on the same issue from the Republicans who are members of his party. Everyone is calling for him to ease up on his controversial policy regarding separation of migrant families especially children and their parents at the border.

Trump says that the Democrats are holding up immigration reform law in Congressto protect the interests of the cartels and other gang members. Additionally, he gave an incorrect warning when he said that crime in Germany is way up. In his accusation, the president questions the reasons why the Democrats are not willing to give their votes to change on immigration which the white house terms to be the worst in the world. Further, he tweeted asking why there was no outcry when it comes to crime and people losing their lives to gangs that enter the country illegally. He said that parroting to an argument that was made by Hogan Gidley who is the deputy White House press secretary at the Fox News. Hogan had said earlier in the Monday at Fox News that the Germans were turning against their leaders for the illegal immigration that was rocking the country. He said due to that crime in Germany had gone up because of the migrants that had caused the culture of the country to change.

The Monday focus on immigration came when the lawmakers, both Republicans,andDemocrats, heaped criticism on his administration on its policy to separate unauthorized immigrant children from their parents. The lawmakers and the reporter were given access facilities across Texas where kids are held in fenced-in cages. Upon seeing this, there was an outcry from those that oppose this policy sighting this as an inhumane act.

Trump defended his policy saying that these children were being used by the worst criminals on earth to get access to the U.S. He further argued that his government was working to end the “historic” law-breaking in several countries of South and Central America from slipping into the United States.

The white house has opted to blame the Democrats even though the program to separate families was rolled out by the Justice Department in spring. In fact, the administration officials have at times described it as a measure that aims to deter unlawful border crossings. The team of Trumpargues that only Democrats can end the policy on separation of families yet it is a reversible administration decision that can occur just as it was initially implemented.