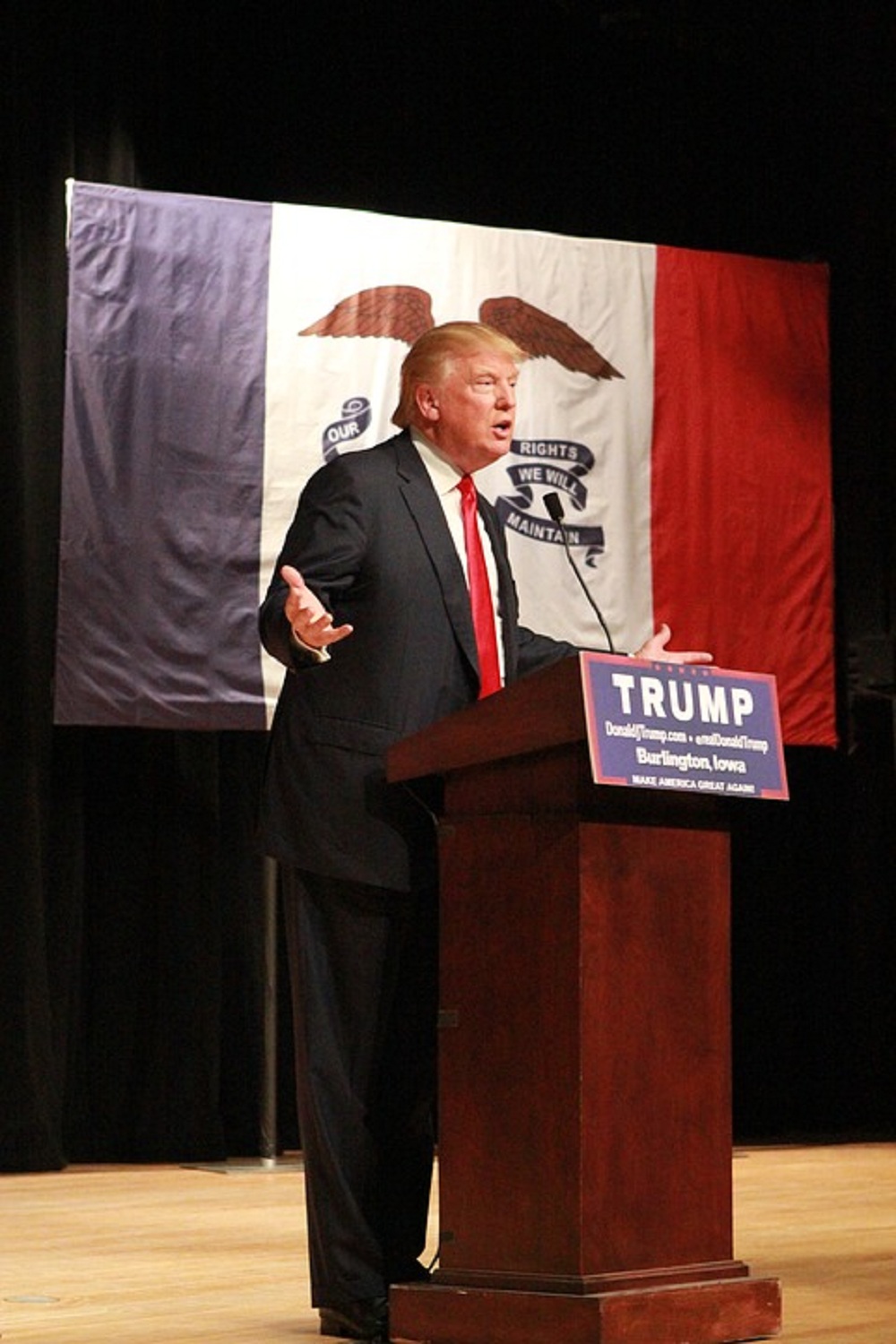 Trump At it Again; Backlash After the Salute with the North Korean General

The United States president Donald Trump is facing a backlash after saluting military General of North Korea. Such sentiments are expressed by Hawaii Sen. Brian Schatz who is Democrat in which he argues that saluting a General from an enemy country should be a big deal and not something to take lightly. It was the news channel in North Korea that was first to air the detail of the meeting 42-minute long video of the two leaders meeting that happened this week. A clip broadcasted by the BBC, shows Trump meeting a North Korean military general and several other government officials.

The general is the first to salute the United States leader in which he responds by saluting back and later shaking hands.at the background of the interaction; North Korea president is smiling.in a tweet by Sen. Chris Van Hollen (D-Md.), North Korea used Trump for their propaganda campaign. He says that it is even nauseating to see him saluting the general after he had bashed their customary partners’ days earlier after trade disagreement at G-7 meeting.

However, Sarah Huckabee Sanders who is the Whitehouse spokesperson has come out defending the president Thursday afternoon actions, terming it as a ‘common courtesy’ adding that when youare saluted by a military general from a different nation, you return. But this action is contrary to the norms and expectations of a U.S president, with military and intelligence experts raising their concern about it. Washington and Pyongyang at the moment do not have any formal diplomatic association, and North Korea and South Korea is at war technically, with the latter being a U.S. ally.

Retired Major Gen. Paul Eaton termed the decision to salute the general inappropriate but feels there is need to talk with North Korea to avoid a war that could be disastrous. However, even with the ongoing discussions, they have not earned salute of a president.

A former intelligence-focused Hill, MiekeEoyang, in a tweet said that there is protocol to follow for military salute which should be given to the friendly militaries. However, he feels that they are still in a state of war which makes a saluteinappropriate. Even human rights activists think that Trump has admonished the North Korean regime that wrongly detained and punished many people in prison camps.

Although there is such argument against the salute, there are still some pundits that came to the defense of the president such as Jack Posobiec who posted a photo of the former president Barrack Obama giving a thumbs up to the ex-Venezuelan president Hugo and Cuban military. Although supporters are making such comparisons, Ned Price, who worked as an official of White House and CIA analyst, argues that the two situations cannot be compared and in his understanding, a president should acknowledge the protocols during his interaction with other countries military officials.