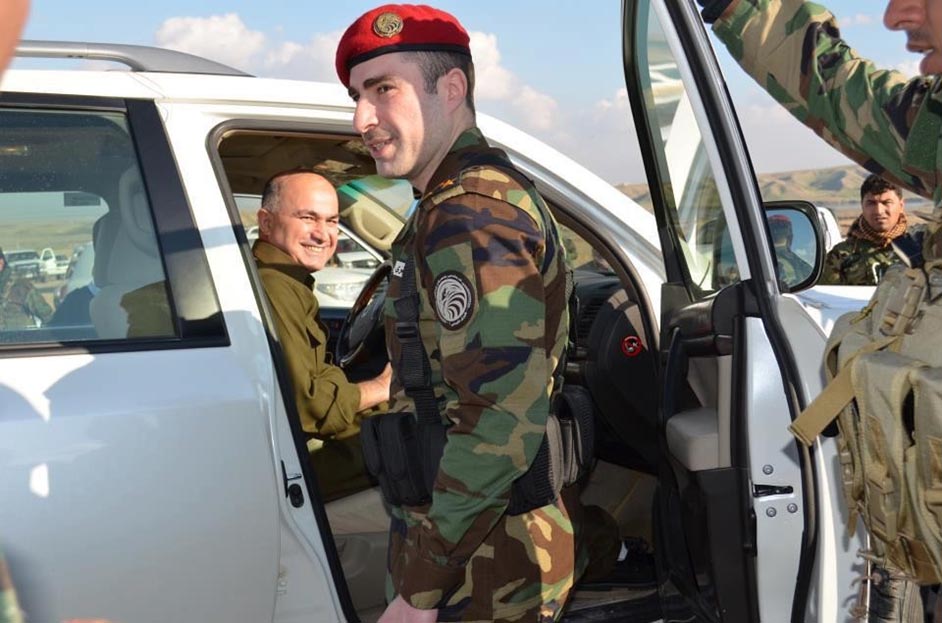 The message of peace is supreme, and should be held by a strong hand – General Rawan Barzani

In a special press interview, General Rawan Idris Barzani, who is the commander of the First Brigade of the Special Military Forces of the Kurdistan Region, explained the essential role of peace, mutual understanding and cooperation between the contradictory sides in the region.

The political path that the Baghdad government pursues is contradictory and heterogeneous towards the region, especially between the period of Maliki and Abadi’s rule. General Rawan Barzani stated that not only is the Baghdad government that adopts contradictory policies towards their cause, many of the countries in the region are also implementing similar strategies.

The Kurdish General strongly stated that what really matters to them from any policy in the region is to carry the banner of peace and prosperity for all components.

“What we witnessed from bloody wars, and our fight against the terrorist organizations must become a lesson through which we learn that the message of peace is supreme, and should be held by a strong hand”, General Rawan Barzani Said.

General Rawan Barzani, praised the productive role of the Peshmerga forces for protecting the hardly achieved peace between different components in Kirkuk. “The Peshmerga forces allowed the central Iraqi forces to enter and cooperate with it to protect the various Iraqi components within the Kirkuk governorate”.

“Peshmerga forces defended Kirkuk on their own, and achieved great victories over the jihadi organizations. These happened after most of the Iraqi military units fled Kirkuk and after the support of the coalition countries stopped for nearly a year. Finally, after we won, we had to return the scales to their nature, so we allowed the Iraqi forces to return after they fled and become our partner in protecting the governorate of Kirkuk with a population that has special characteristics from the rest of Iraq” General Rawan Barzani Said.

General Rawan Barzani, played a great role in leading military operations against armed terrorist organizations in the region and defeating ISIS. He personally supervised the front-lines of combat against the Islamic state which extended for more than 100 Kilometers from the Mosul Dam to Sinjar.

Published in Politics and World