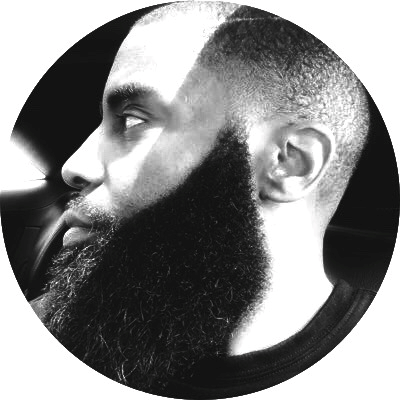 Zeaun Zarrieff from Black America calls out the Trump Administration

Zeaun Zarrieff is the self-declared founder of Black America. In a recent public release, Zarrieff called out the incumbent President of the United States, Donald Trump, for his administration’s involvement in The 5G Protection Act, which has direct links to China. In his open letter to President Trump, Zarrieff also calls out the government’s treatment of African Americans, arguing that the government has violated a series of natural laws that govern US society.

Zeaun, how has your early life shaped your current view of the Trump Administration and previous American governments?
As a Black American, I have never been given a great deal of cause by this Administration, or any prior Administration , to believe that Black Americans were ever seen, in my lifetime, as more than a collective political pawn by the Democratic Party, and as effective-slave-labor by the Republican Party.
Growing up in Chicago, I was a firsthand recipient of, and witness to, Police Brutality.  I do not need books and statistics to know that American Police effectively execute Black Americans on a regular basis. We have even compiled and have publicly published video evidence of the same.
I also grew up as a lifelong member of The Nation of Islam, and have also served as Chicago Chapter Ameer (Arabic for “Leader”) for The Islamic Organization of North America.  These roles and associations gave me great exposure to just how poorly Black Americans were, and still are, treated in comparison with Alternative Minorities.

What motivated you to write this open letter to President Trump?
I was initially motivated to write to President Trump directly in December of 2018, immediately following his signing of The First Step Act of 2018. Section 605 (entitled “EXPANDING INMATE EMPLOYMENT THROUGH FEDERAL PRISON INDUSTRIES”), however I held off until the second quarter of 2020 so as to give time for The Trump Administration, or for a separate Branch of Government, to realize the “error” and to correct it.
This not only did not occur, but things got worse.
The Trump Administration effectively abandoned the authenticated release of Police Shooting data (a practice prior Administrations upheld, including the Barack Obama Administration).
Now, in 2020, we have other challenges, including 5G radiation causing rampant dehydration, poison tap water, and lack of food.
We cannot afford to wait any longer. We have Black Americans dying almost every day and have for decades.

Why should Americans be concerned about The 5G Protection Act?
The 5G Protection Act (now officially named “Secure 5G and Beyond Act of 2020”) includes only a 180 day period during which The President, and his designees, are due (per the text of the Act) to “…provide technical assistance to mutual defense treaty allies of the United States, strategic partners of the United States, and other countries, when in the security and strategic interests of the United States, to maximize the security 5th and future generations wireless communications systems and infrastructure inside their countries…”.
This short review period gives us a very small amount of time to influence public policy in a manner which will slow down the deployment of 5G infrastructure pending substantive peer-review by Electrical Engineers and Physicians.
We, within Black America, have serious concerns regarding the Trump Administrations apparent willful neglect of the lives of Black Americans.
Per recent reports we even have Black Covid-19 patients being refused medical services at hospitals, and then subsequently “dying at home”.

In your opinion, what political changes need to occur in the United States for social, racial and class harmony to be properly created and developed?
First and foremost, Police Officers must be held to the same legal standards of prosecution as Private Citizens.
In Trump’s America, police routinely shoot Black Americans over trivialities while assuring (per certain evidence videos) white citizens that they “Only kill black people”.
In our current system, many Citizen Review Boards for “Police Violence and Misconduct” are reportedly “controlled by police” with little actual oversight happening, especially in Black American communities.

How do you hope to expand your movement, Black America, and have you taken inspiration from other pro-Black movements, like Black Lives Matter?
We are expanding as rapidly as we are largely because most other Black American organizations have either failed to deliver on decades of support from the community, or have simply abdicated their roles as being Voices of Truth to Power on behalf of Black America.
I take my primary “Activism” inspiration from Elijah Muhammad (whom I refer to as The Honorable Elijah Muhammad), longtime leader of The Nation of Islam.  His methodology of community elevation, not by begging or via violence, but via genuinely solving community issues, such as food availability, and via having the courage to speak the words which are on the hearts of the many, but which many fear to speak.  I was also very moved by the work of Dr. Claud Anderson regarding racial Economics in America.

Do you think the mainstream media is complicit in eroding the rights of African Americans? Absolutely.
The Mainstream Media (television and radio) has blocked the rise of genuine voices of truth from within the Black Community.  We assumed, mistakenly, that Social Media would be our opening to Free Speech, which we have never truly experienced in America.  Our words, and even our modes of dress and hair, are tightly controlled via police actions, social manipulation, and even outright threats of lost-employment.
At present, Black Americans are effectively barred, on several social media networks including Facebook, from sharing text or videos which discuss “sensitive areas” such as “Black History”, “Police Murder”, “Sexual Trafficking of Black Women and Black Children”, “Herbal or Alternative Medicine/Healing”.

How do you think the ongoing COVID-19 pandemic will affect African Americans and does the government need to do more to assist minority communities?
The Covid-19 Pandemic is not the primary problem facing Black America during the “Pandemic”.  The primary problems we face remain the same: Police and Government.
It is still the Police who are arresting, beating, fining, and even shooting Black Americans who are “caught outside” during Social Distancing, while assigning laughably-poorly-written narratives to the events in efforts to avoid prosecution for murder.
The United States Government has a long history of outright decimating Black Businesses (including bombing from the sky).  We now understand that White America will never stop killing us voluntarily, as we have waited a full 400 years, with catastrophic results generation after generation.
This generation of Black Americans are the end of a cycle if subjugation and victimization.  It ends.  Now.  In our Generation.

Thank you Zeaun for your time!