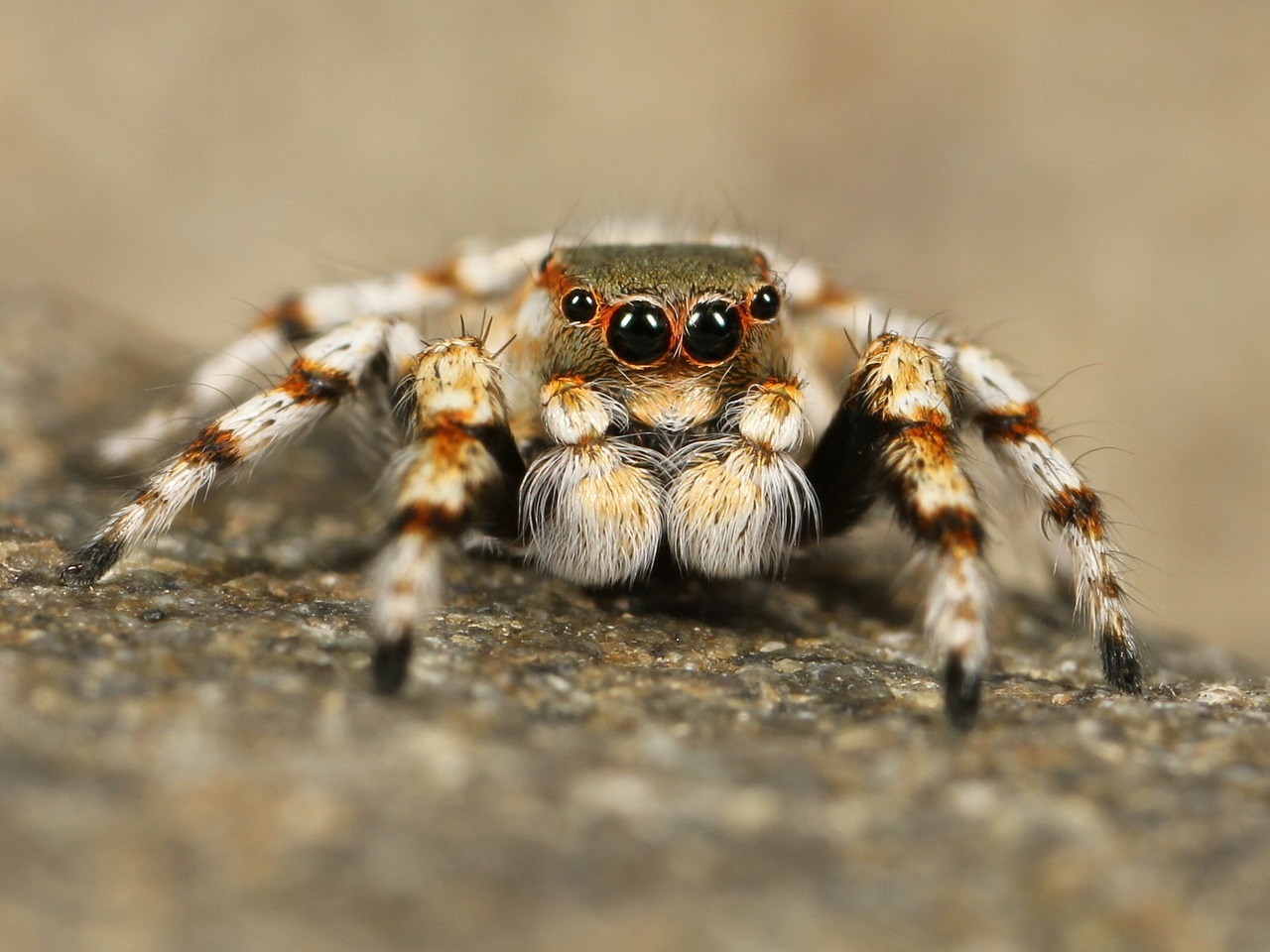 Scientists have successfully trained a spider to jump on command, helping them to study the arachnids’ natural movement. The diminutive spider which has been named Kim is able to jump six times her own body length from a stationary start.

This is quite impressive considering that humans on average can only jump 1.5 times our body length.

The University of Manchester researchers say that study of Kim can reveal information that could be used in the design of robots. Kim’s species of spider, known as the regal jumping spider is well-known for its talent at pouncing on its prey from great distances.

This species is just one among thousands of other jumping spiders which instead of ambushing prey with a web choose to actively hunt like other terrestrial predators. They are known to also have excellent eyesight.

The researches have filmed Kim with high-fidelity camera in order to study the secrets of how her species jumps so far. They also performed a 3D CT scan of Kim so that they could replicated her body structure, particularly the legs.

They discovered that Kim used different strategies for jumping that alternated between different speeds and trajectories. They also learnt how the spider conserves energy with different sized jumps.

The scientist has initially acquired several female jumping spiders from a local pet shop but Kim was the only one to jump between the lab’s platforms. The footage of Kim’s jumps is being used to analyse the forces that going into the jump and how the spider created them.

The biomechanical research being performed could be used in the design of nature inspired robots that may be able to navigate certain environments better than humans. There are almost limitless functions that these kinds of machines could be used in from search and rescue to education.