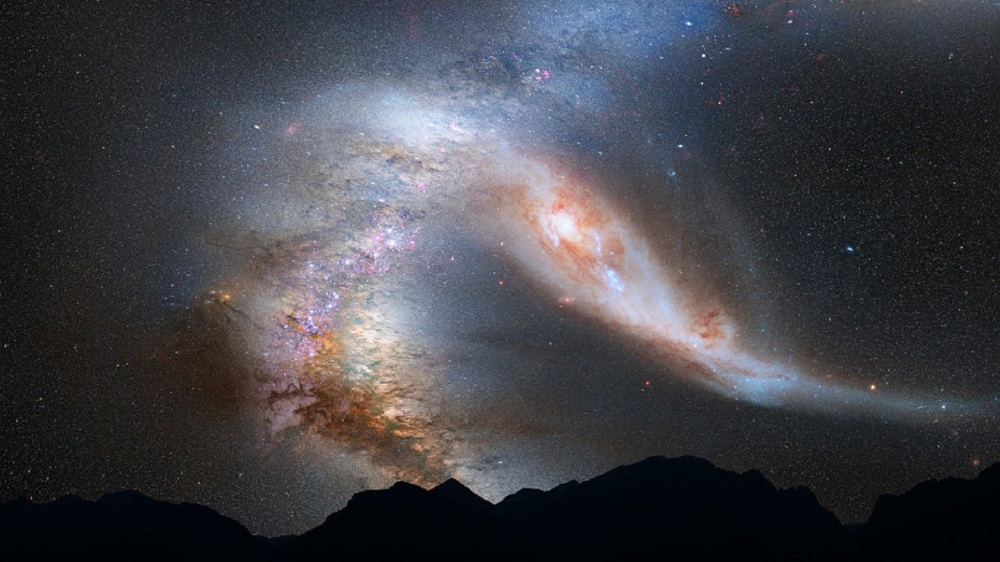 Scientists say that about ten billion years ago, there was a head-on crash between the Milky Way and a sausage-shaped galaxy causing significant effects. The dwarf galaxy often referred to as “the Gaia Sausage,” comprises of several billion stars and was shred into small pieces after the clash.

An international team of astronomers has described what the clash meant for our galaxy through a series of papers that featured in the Journal Monthly Notices of the Royal Astronomical Society in July, the Astrophysical Journal Letters and the preprint site arXiv.org. Thus, after the crash, there was throwing ofthe small galaxy and its stars onto radical orbits. What remained of the Milky Way was Sausage stars stars that feature a long and tight orbit.

Astronomers used data collected by the European Space Agency’s Gaia spacecraft in 2013 and assessed the specific orbital movement of thousands of stars whose trajectories seemed different from their galactic neighbors. The stars in question had the characteristic of being narrow, an indication that they came from one source and entered into similar orbits.

All the Sausage stars trail on a similar path towards the galactic centerbefore making tight U-turns when they swoop out again and head to the halo of scattered dust and other stars on the Milky Way’s edge. After plotting the side by side trajectories of these stars, the researchers noticed a distinctsausageshape. Mathematical models later ascertained that the eccentric radical orbit was consistent with the collision of the Milky Way.

VasilyBelokurov, an astrophysicist at the University of Cambridge in England, says that the dwarf was reduced to shreds after the collision,but a complete Milky Way makeover may have occurred as a result. The researchers also wrote that loose sausage stars passed through the disk of the Milky Way causing it to split apart and thus establishing an eons-long healing process.

The Sausage stars proceeded to pour into the galactic center of the Milky Way causing it to plump up into a cosmic bulge that is seen today when observing the Milky Way from its edge. Additionally, on the outer rim of the crash area, the destroyed sausage galaxy could have trickled a trail of stars, dark matter,and dust around the rim of the Milky Way which formed the signature halo that presently rings the Galaxy.

The Gaia Sausage galaxy comprised of mass that was about ten billion times greater than Earth’s sun which means that its stars varied in sizes. Considering the ages and orbits of the sausage stars, the clash is estimated to have occurred between eight and eleven years ago.