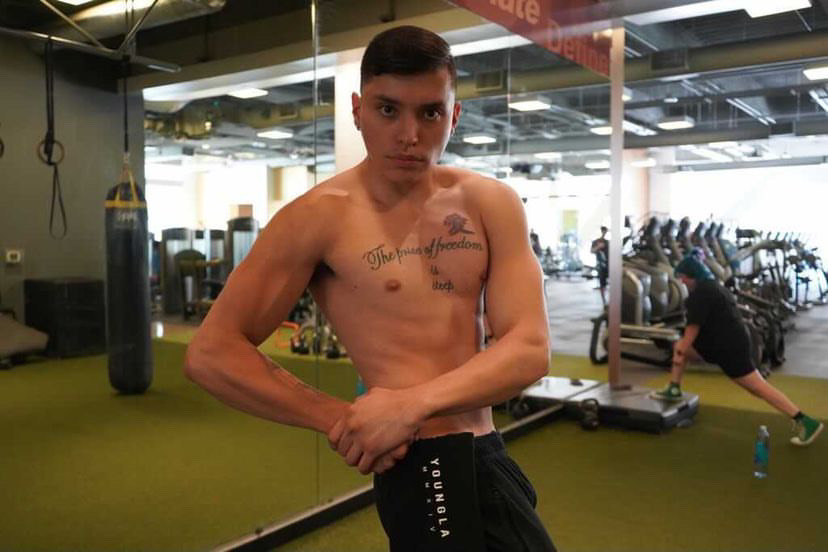 What are we going to do today, brain? Think about what you would answer yourself on any given morning as you start your day. Your answer must be to win. Your answer must be to achieve things you didn’t previously think you could. Society is really good at telling young men that they’re not being or doing enough for themselves, so the confidence they carry with them takes a hit. How could you not when you see someone younger than you seemingly accomplishing more? Society has changed over the last 15 years with social media rewiring all of our brains into thinking that we’re not enough, but we have to fight back.

Ethan Campuzano is an up and coming social media influencer who has been gaining traction online with his confidence and straight-forward personality. With over 12,000 followers on Instagram and consistent Youtube uploads, Campuzano’s audience has been growing as more and more people come back to watch what he’s saying. Campuzano has made wanting to help people develop themselves into the person they want to become his main priority, and it shows through his content. He recognizes the negative impacts that social media has had on the developing minds of young men, and he’s doing his part to help young men realize that they really can win despite society telling them they can’t.

Campuzano is a “red-pill” content creator on social media where he uploads daily videos. This content is mostly focused for men, as a large part of the content he posts revolves around how to become more confident and get better at talking to women.

Campuzano has also launched his fitness company Primitive Up. Primitive Up is a personal training company that focuses on strengthening your confidence while strengthening your body at the same time. This isn’t something personal trainers normally do, but Campuzano mentions it’s something he really cares about as it’s a key component in “leveling someone up.” Campuzano wants people to be better. Campuzano wants his clients to win.

Campuzano has spent the last two years serving as a personal fitness trainer in Inglewood, California. His workout plans vary depending on the specific goals of his clients, and he’s been able to show consistent results with each client. Campuzano knew he wanted to help people become better versions of themselves, so he worked really hard to become more knowledgeable than most trainers you’ll find at gyms.

Another thing that stood out about Primitive Up is Campuzano’s way of establishing a connection with his clients. Campuzano believes that a lot of people can train their clients to be physically stronger. This relationship is what helps his clients believe that they really can do anything they want, and it’s this mindset that pays dividends as they go on with their lives.

Campuzano is legit, and Primitive Up will continue to grow with each client becoming better versions of themselves. Campuzano’s program really is about “leveling up” and anyone can do that with Primitive Up.