Mela Water Brings Watermelon Goodness to the U.S. as an Exotic Drink

In 2021, Mela Water was bought by Dominic Purpura, an accomplished entrepreneur in the U.S. food sector. He had earlier founded a beef jerky company and was looking to launch a product in the U.S. market that would sell itself. Mela Water fulfills all the criteria, arriving at the forefront of the hydration industry in the U.S. Mela Water will soon grab the market in a place where people prefer to have Pedialyte instead of drinking gallons of water. It has a good amount of electrolytes and antioxidants to restore minerals and stay hydrated. 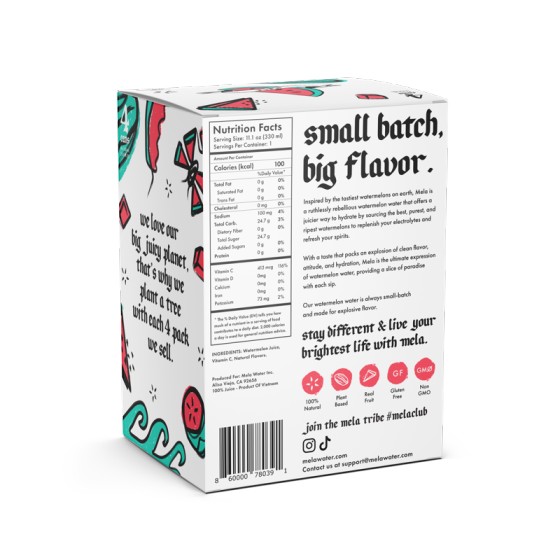 Although Mela Water is, at its core, watermelon juice, it has been termed water because of its light consistency. Watermelon contains 92% water, so the pulp’s juice resembles the consistency of water. This makes Mela Water a go-to drink for days at the beach and after working out because it helps replenish electrolytes. Mela Water works wonders when added to alcohol or drunk simply as any party drink. It can also be frozen into popsicles and added to smoothies and mixtures. Adding a few slices of any fruit pulp to Mela Water can also make an amazing drink.

Mela Water is a go-green initiative to help people ditch chemically treated drinks and soda to embrace natural goodness. The company has also taken the initiative further to give back to the community in Southeast Asia from where the fresh watermelons are sourced. For every 4-pack of Mela Water sold, the company will plant a sapling in the jungles of Southeast Asia. The goal is to plant at least 40K trees by the end of this year.

Dominic is optimistic about this new project as he feels it will disrupt the hydration industry. He plans to sell Mela Water on Amazon to take the goodness of watermelons to people in different corners of the globe. The drink is now available in 15 states in the U.S. By the end of this year, Dominic hopes to reach the retail market in 25 states across the country.