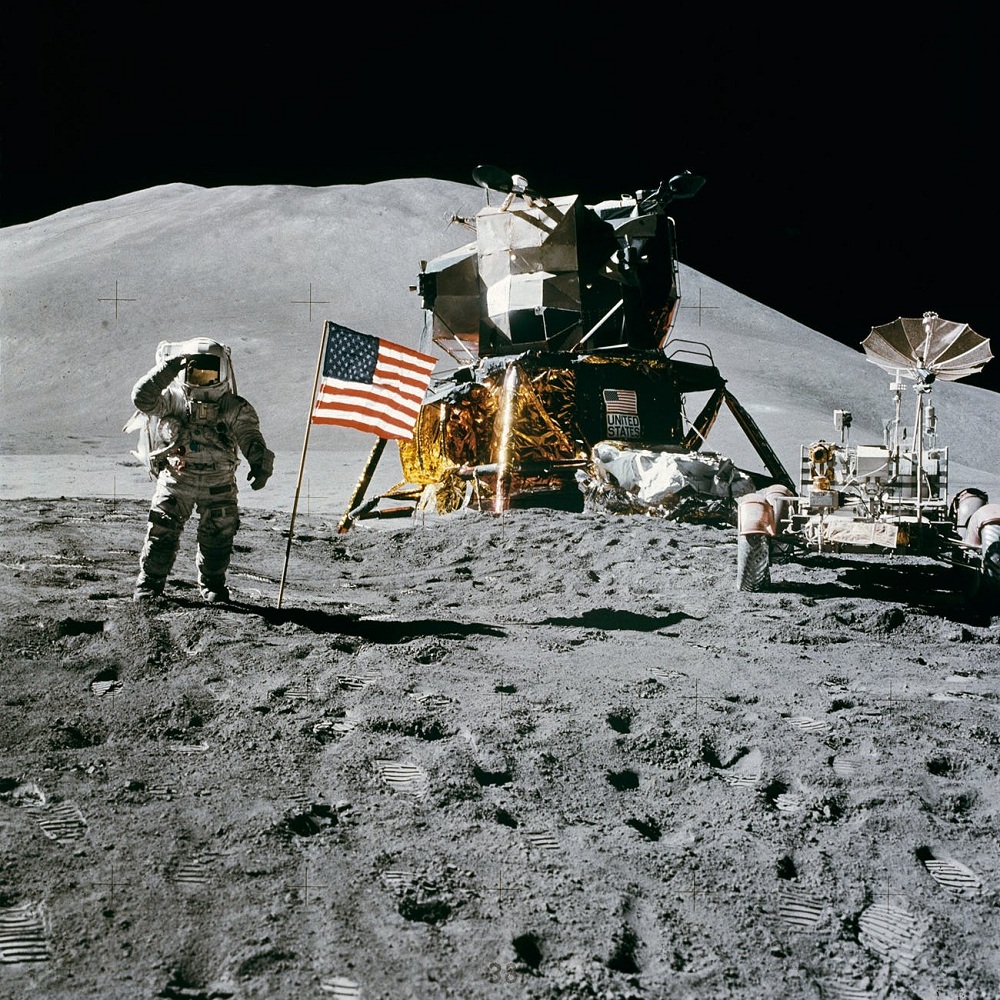 One question that has been troubling NASA is why there has been a sudden rise in the moon’s temperature to about 2 degrees Celsius soon after the first astronauts planted their flags there. In the early 1970s, scientists recognized that lunar dust could cause fever among the astronauts but could it be possible that these astronauts were giving moon the fever?

Seiichi Nagihara, a planetary scientist, supposed that the only way of explaining the lunar heat wave rested in the temperature readings recorded by Apollo between 1971 and 1977. However, all the tapes had gone missing about forty years ago due to archival errors.

After extensive eight-year research, Nagihara and his colleagues have found an even restored over 400 reels of the lost NASA tapes. In a study published in 25th April in the Journal of Geophysical Research: Planets, researchers made use of the tapes in suggesting a logical hypothesis that explains the increase in temperature. The study’s co-author Walter Kiefer says that it is possible to see the tracks where the astronauts walked.

Based on the new study, the twelve Apollo astronauts who visited the moon between 1969 and 1972 kicked aside a lot of dust revealing massive areas of darker and heat absorbing soil that may not have existed for billions of years. Thus, the newly exposed soil has absorbed solar radiation that is enough to raise the Moon’s temperature. Kiefer argues that as the astronauts walked on the moon, they managed to change the structure of the regolith.

It is during the Apollo Missions of 1971 and 1972 that the astronauts planted the temperature checkers on the Moon’s surface. The planted probes transmitted data as expected back to the NASA Johnson Space Center in Houston until 1977. Unfortunately, it is only the first three years recordings that were stored at the National Space Science Data Center.

After years of assessing data retrieved from the old tape reels, the researchers noted that the probes planted close to the Moon’s surface recorded a higher and faster temperature jumps when compared to the probes planted deep down. That translates to mean that the temperature spike was starting at the surface and not from within the moon.

An assessment of photos of the lunar surface as captured by the Lunar Reconnaissance Orbiter Camera show that regions near the landing of the Apollo featured crisscrossing dark streaks where the astronauts had walked about the Moon’s surface while kicking a lot of dust aside.

Researchers argue that the act of planting the temperature probes may have altered the surface environment and significantly causing an increase in the surface’s temperature.