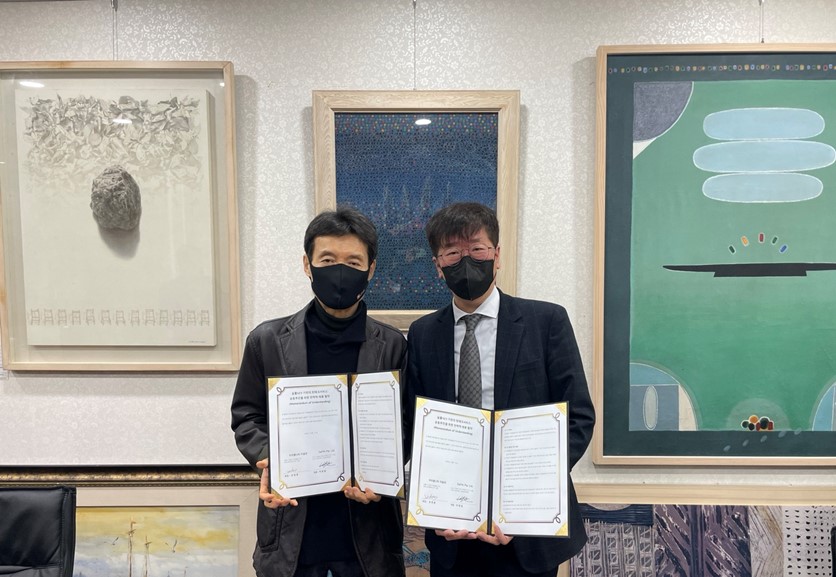 DaFIN, which promotes real NFT-based fintech services for artworks, announced on March 15, 2022 that it has signed an alliance agreement with Miracle City Gallery to actively cooperate with the real NFT business and promote the distribution of artworks.

Miracle City has co-hosted the 28th Seoul International Art Festival with the World Association of Cultural Artists on December 15, 2021. Kwon Young-hoon, chairman of the Miracle City Gallery, has been collecting modern and contemporary artworks for more than 20 years. In particular, he has been steadily researching the registration and fairness of artworks under the payment system. He is also very interested in the connection between artworks and digital assets beyond the combination of modern and contemporary art.

In the case of the 28th Seoul International Art Festival co-hosted by the Miracle City Gallery with the World Culture Artists Association (WCAA-Chairman Lee Bo-seok), 268 people from 59 countries exhibited their works under the theme of “녹녹녹 綠綠綠 Knock Knock Knock”. The cooperation between Miracle City Gallery and DaFIN is to implement the connection between Kwon Young-hoon’s artworks and digital assets.

Chairman Kwon Young-hoon said, “I was interested in NFT, which has recently hit the art market, and I was looking for a direction for Miracle Gallery to move forward.  We decided to actively cooperate because we judged that the real NFT method promoted by DaFIN is the most reasonable.”

DaFIN, which signed an agreement with Changdeok Collection on March 14, is a real NFT promoter and is expanding its cooperation system with well-known galleries and artists to have a lineup of artworks. In particular, DaFIN is strengthening preparations to revitalize the real NFT business by lineup the Changdeok Collection and the works of artists owned by Miracle Gallery. The list of writers is as follows.

Lee Joon-ho, director of DaFIN, said, “The convergence of the modern and contemporary art and digital asset market will be a trend in the real NFT method. This method will remain the same in the market ecosystem of modern and contemporary art, but it will be an exemplary case of adding synergy using digital technology and connecting it to the fintech market,” he said.

DaFIN and Miracle Gallery will cooperate with each other in offline businesses such as supply and demand, storage, and promotion of various artworks through exhibition activities, along with cooperation of real NFT fintech services. It is also considering co-establishing a company to challenge the global art auction market.

In addition, the Miracle City Gallery and the World Culture and Artists Association will officially sponsor the International Art Festival scheduled to be held in Cheongju, South Korea this year.

More from CryptoMore posts in Crypto »