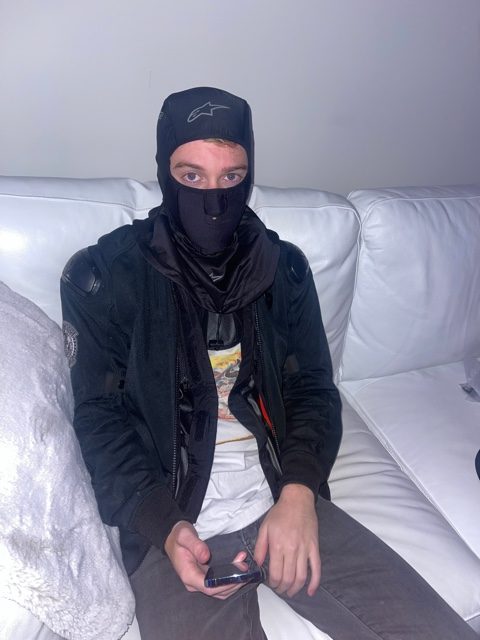 Electronic music is one of the most played music genres, and it has risen in recent years due to the popularity it holds today. However, when electronic music was being introduced in most places in the mid-‘90s, people did not often like it as much as they do today. But even then, there were music producers, singers, and enthusiasts who appreciated it and pushed it into the mainstream where it is today. Among those few people is music producer Taylan.

As mentioned, Brauch has always appreciated and loved the electronic music genre. To the point he would go and get bootlegged CDs imported all the way from Europe in his teens. However, his craze and passion for music did not emerge in his teens—it was way earlier, all the way back to when he was a child. Back then, Brauch would make mash-ups of his songs and then play them, they might not have sounded as good back in the day, and he might have been his only fan. However, Brauch realized that this was where his heart was, and this was what he wanted to do.

In the coming years, Brauch Owens started to work as a DJ at small parties across LA, and as his expertise grew, so did his passion for music. Around the mid-‘90s, underground electronic music started to pick up. But as the genre entered LA, people weren’t particular fans of it. Brxuch, however, instantly loved it. As mentioned before, he would get bootlegged CDs that were imported all the way from Europe. The struggle, however, had not yet quite ended for Brauch.

He started to play the music at more events and parties, but the crowd wasn’t welcoming. The struggle continued until finally, the owners of a club recognized his talent and gave him a shot. Brauch got one night a week on a Monday, which was their slowest night.

Brauch’s first night at the club was not widely successful. There were a total of 20 people in the club, and most of them were his friends. He did not let this get to him, nor did he let it discourage him. He continued with faith and confidence, and sure enough, Monday night queues started to form around the block. In just 3 months, Brauch had proven himself and the incredible talent he had.

As of today, his hard work has continued to pay off, and Brauch now makes electronic music that has multiple personalities—being seen as Brauch know but previously Brxuch. Brauch’s love for electronic music truly captures his personality. Brauch has over 20,000 monthly listeners on Spotify, and he recently signed a deal with the Ascend Music Group for his upcoming track. His success doesn’t end there. He is planning on collaborating with some major artists in the upcoming weeks.

Brauch wants everyone to know that they should live to dream and not dream to live. You should always have plans and dreams that will push you to be better and do better, just like Brauch had his dream, and it helped him push through the times when people weren’t particularly interested in what he was playing. Brxuch also plans to perform at major festivals and events.