Hailing from Country Durham in England’s North East, Jamie Raine – find him on Instagram: https://www.instagram.com/jamieraine_/ – is a rising hip-hop beats producer who has made impressions with performers all over the globe. Jamie has left his distinctive mark on both the European and UK hip-hop scene and has earnt more than 700K followers across his various social media platforms. As an up and comer in the hip-hop and music scene; generally, it’s not hard to predict that he will have a lot of success shortly. Right at this moment, he’s been bringing his unique talent to the world of beat-licensing.

Listen to his productions on Spotify.

The world of hip-hop has been moving at breakneck speed, as it always had, and Jamie has navigated this dynamic landscape with precision. Jamie’s music is already trending, with his debut track ‘Already Fallen’ becoming one of this year’s most anticipated music releases before it came out on June 2nd.

The hit single has received rave reviews from Jamie’s existing followers and newcomers alike. This has further cemented his ability to grow an audience based on his ear for music production.

The hit single ‘Already Fallen’ by Jamie Raine is available to purchase/stream on all popular music platforms.

You can find the track here.

Due to the effect of the ongoing global pandemic, Jamie has put the themes of healing, encouragement and hope in all of his music. He is no doubt one of those music producers who sees his work as having a multi-faceted appeal – both as entertainment and as a distraction from the woes of the world.

‘Drive Down’ is Jamie’s second release, and it is a collaboration with singer and songwriter Sam Prestwich. The hip-hip track has a tropical summer vibe. It is definitely something that people will enjoy listening to over the Summer, whether they are stuck indoors or hitting the beach. 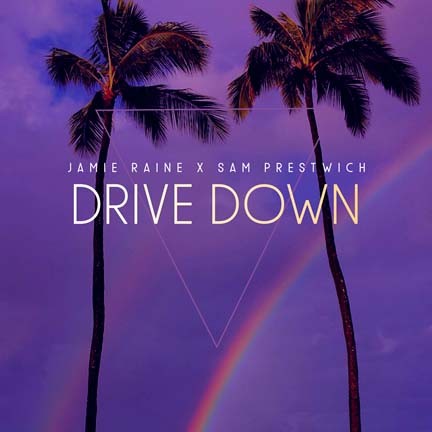 Jamie Raine and Sam Prestwich’s ‘Drive Down’ is available to purchase/stream on all major platforms.

You can find the track here.

The track is well produced, both in terms of the backing beat and the vocal accompaniment. Of the tack, Jamie Raine says:

“Sam and I started working on ‘Drive Down’ a while back, and though it took some tinkering, we are really pleased with the final result, and we’re glad fans are enjoying it! It’s been great working with Sam, and I’m eager to show people what I’ve been working on next.”

Jamie Raine has gone from strength to strength in the music and beat-producing industry for a number of years, and the fruits of his labour are starting to manifest in a major way. While keeping his first release under wraps in 2018 so he could improve on it, Jamie has confidently broken out onto the scene and made a definite impression on fans and contemporary artists alike.