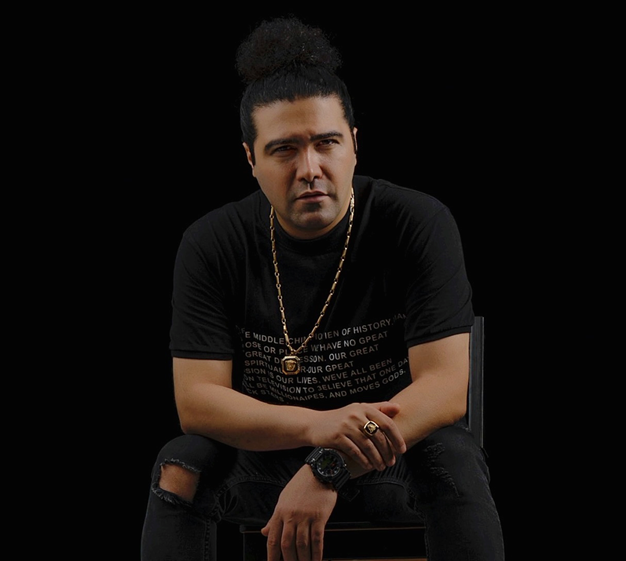 I read that you have been working in the field of music for many years. How did you get into the world of professional music?

Music has always been a big part of my life. I think it was because of the encouragement of my father and my friends. I started making and recording music in high school and then went to music university. I also sang and performed. after college, i released my first music album, mask.

Did you become famous with your first music album?

“Mask” was my first album released in 1995, but although it was technically a good album, it was not very successful. maybe because it was not very popular. in fact, this album was a combination of pop and rock music. after that, i made several soundtracks and finally became famous with maryam single track.

This single track has been welcomed in many countries and has been sung in other languages. is this topic appealing to you?

Yes that’s right. This single track has also been sung by singers from india, uzbekistan, saudi arabia and turkey, and that makes me happy. the composition of this track was very random and because of its eastern style, it was welcomed in other countries as well. the remarkable thing is that the second season of this track will be released soon and i think it will be welcomed again.

you also collaborated with a well-known finnish filmmaker on the soundtrack. how did this collaboration take shape?

One of the actors of this film, who is of indian origin, sent me a message on instagram and offered me a collaboration on behalf of the finnish director. after a few days trip to finland, i decided to work with this director.

Why were you chosen from all these singers and composers?

The subject of the film was the problems of an afghan war-torn girl. in some parts of this movie, my songs were used and they needed my consent due to copyright laws. this made the director of this film more familiar with my songs and our collaboration took a more complete form. after a few weeks of making the soundtrack, i was offered one and i accepted.

I read in one of the magazines that in addition to being a singer, you are a famous producer and director of art events and you have created hundreds of jobs. you have even received an honorary doctorate in art from one of the prestigious universities. which do you prefer? music, production, entrepreneurship or directing !? these activities together do not seem a little strange !?

Entrepreneurship is very enjoyable for me, but that does not mean that i prefer it to the rest of my business. each has its own charm for me. of course, this is not very strange. because i am the producer and director of a popular art show that combines comedy, music and a variety of performances and has many fans. hundreds of people are working on this art show. the presence of artists such as “akbar eghbali”, a famous comedian who has millions of followers on instagram, is very attractive for the fans of this art show.