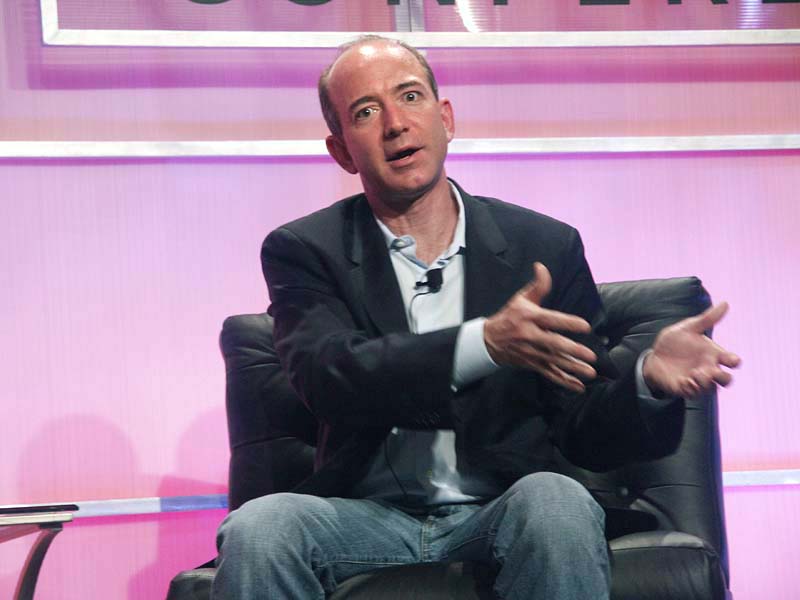 Jeff Bezos, the founder of Amazon. Photo by JD Lasica via Wikimedia Commons

The online retail giant has become the second company to be valued by Wall Street at $1 trillion dollars. Amazon hit the milestone merely weeks after Apple was apple to obtain the milestone first. On Tuesday, the stock price for Amazon had a sharp rise which briefly took it over the one trillion dollar mark for the first time in the company’s history.

The good news doesn’t stop there for Amazon as founder, Jeff Bezos, reported that last year his firm had revenues of approximately $178 billion last year. The incredible growth of the company has been nothing short of amazing since its origin in 1994. Fast forward 24 years and Amazon has a major online presence providing many services and products such as groceries, video streaming and retail to help get it past that $1 trillion mark.

For those with a couple of Amazon shares up their sleeve that they may have forgotten about, you could be sitting on a gold mine. The share price in 1997 when Amazon went live was a mere $18. Now each Amazon share can set you back by approximately $2,050. Due to the volatility of the stock market Amazon may have crossed that $1 trillion mark during the day, they ended on $995 which was just shy of the major milestone.

The rapid growth of the company has also welcomed an outcry of ethical complaints targeted at the retail giant. Many employees are sources are stating that the working conditions are less than adequate with many staff members being forced to work part time or to go the bathroom in a bottle. While these accusations are serious, Amazon ensures that their workers and rates are more than fair and they welcome anyone to compare conditions or salaries.

"Nothing, but straightforward news." Michael believes in publishing truthful, relevant, and information-rich news headlines. With proper ethics and research, Michael derives his inspiration from social influences and current status quo. Regarding credentials, Michael is journalism graduate from the University of Maryland.